The right-hander is 121 runs short of becoming the seventh Indian to complete 1,000 runs in T20 internationals.

India opener KL Rahul is on the edge of a world record when his team face West Indies in the first match of the three-game rubber in Lauderhill, Florida on Saturday.

Considered as one of the finest batsman in the shortest format of the game, Rahul is 121 runs short of becoming the seventh Indian to complete 1,000 runs in T20 internationals.

If Rahul manages to score 121 in Saturday’s clash, he will achieve this feat in 25 innings and will break Pakistan’s Babar Azam‘s record of 26 innings. India skipper Virat Kohli had completed the feat in 27 innings.

It is considered that touching the three-digit mark in T20 cricket is quite difficult but the India opener has shown in the past he can go past the three-figure mark in the shortest format of the game as he scored two tons in T20I beside hitting a century in the Indian Premier League (IPL). Meanwhile, Rahul had also slammed a ton against the Windies at the same venue.

India vice-captain Rohit Sharma too will be eyeing one more record when he comes out to bat in the three-match T20I series against West Indies starting Saturday at the Central Broward Regional Park Stadium in Florida.

Rohit, who has hit 102 sixes in 94 T20Is till now, is just four short of eclipsing the record for maximum sixes in the shortest format of the game, currently held by swashbuckling West Indies batsman Chris Gayle.

Gayle has 105 sixes to his credit in 58 matches and is followed by Martin Guptillwho has smashed 103 maximums in 76 T20I matches he has played till now. 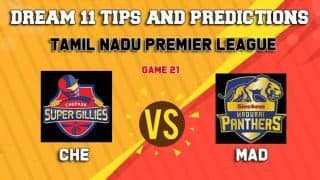