In the World Cup, Kuldeep had a disappointing show as he pocketed just six wickets in seven matches.

Kuldeep Yadav’s ascent in limited overs cricket has been nothing short of phenomenal. The Chinaman bowler’s combination with legspinner Yuzvendra Chahal has worked in India’s favour, specially with the duo being able to put in consistent performances.

Kuldeep and Chahal have been instrumental helping Virat Kohli’s team become one of the most consistent and efficient units in the history of the 50-over format.

Kuldeep’s reason to his success has been his knack of picking up wickets which has given India the edge in the middle overs.

READ: Not much difference between Kohli and Rohit’s captaincy: Krunal

On Wednesday, during the third and final one-day international against West Indies, Kuldeep can script history if he picks up a four-wicket haul which will make him the fastest Indian to reach 100 ODI wickets.

Virat Kohli’s side cannot lose the series against West Indies. India won  the second one-day international by 59 runs (Duckworth-Lewis method) at the same venue to gain a 1-0 lead after the series opener in Guyana was abandoned due to inclement weather. 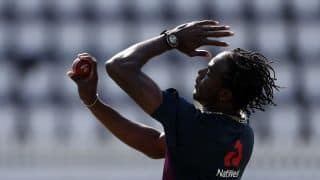