Learning from each other and following certain standards off the field key for West Indies: Carlos Brathwa

Although under Jason Holder, West Indies managed to beat England in their last Test series, the team did not fare well in the recently concluded ICC Cricket World Cup 2019.

While they are the defending World T20I Champions, West Indies, following their triumph in India, have struggled in the shortest format of the game having won only 11 off their 33 T20Is.

Although under Jason Holder, West Indies managed to beat England in their last Test series, the team did not fare well in the recently concluded ICC Cricket World Cup 2019.

Carlos Brathwaite, who will be leading the team in the T20Is against India, which starts on Saturday, highlighted where the things went wrong for the side.

“I guess in the first part of my tenure (as T20 captain), we had a few one-off games, and those don’t really help the standings much,” Brathwaite said ahead of the Twenty20 series opener in Florida.

“And then when we had series with three games, it was always difficult to get the players together. We didn’t get the right frame of time to properly prepare. Obviously, preparing for a World Cup, you have adequate preparation. Looking back to the last (T20) World Cup, we had a two-week camp in Dubai. So, we had the team together for a period of time. We had spent time together on and off the field, on and off the training pitch, spent more time together as a team, as a family and then when we headed at the World Cup we had warm-up games as well and then the tournament. So right there and then, we probably had two and a half weeks more together than we have normally,” added Brathwaite.

“We didn’t think we were doing all the things necessary on and off the field as a team to be successful consistently. And as a result, as we saw in the World Cup, we had good performances, like in the game against Pakistan, but as a team we did not get it together and we lost some vital moments in key games,” said Brathwaite.

The allrounder said that the series against India will be a starting point as the Caribbean side look “to put certain protocols and certain standards in place off the field”.

“I guess starting from this series and moving forward. Looking forward to the World T20s in 2020 and 2021 and the World Cup in 2023, I think we have to put certain protocols and certain standards in place off the field that once we are disciplined enough and follow it off the field, it should translate itself on the field and give us the best chance to win those one percenters and those key moments,” said Brathwaite.

The three-match T20I series will also see the likes of Sunil Narine and Kieron Pollard making a return to the West Indies squad. Brathwaite also highlighted how the Windies unit is going about the team building.

“We’re welcoming back Sunil Narine and Kieron Pollard into the fold who have a wealth of T20 experience as well. So, in our conversations so far, it’s been about us having more informal chats as a team, spending more time together speaking about cricket and for the younger guys to learn off the older guys and as a result the older guys to learn off the younger guys as well. Just because you’re young doesn’t mean you can’t teach an older guy,” said Brathwaite.

“So that’s one of the main things we’re looking forward to developing and implementing leading into the next three World Cups, the two T20 and the 50-over World Cup, and just spending more time together and having more informal chats and actually learning off each other. I think once we get those things right on the field, when we get on the field, it’ll be easier for us to band together and have more consistent performances,” he concluded. 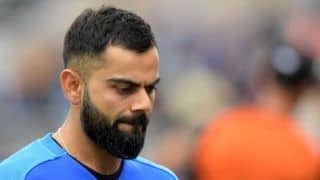 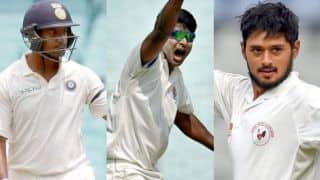