Kohli also said that the Indian middle-order had been a target of "unfair criticism" being judged on the basis of one or two performances.

Virat Kohli on Monday said that there was no communication either from the former physio and trainer of the Indian team with regards to skipping the shorter formats during the upcoming West Indies tour.

Kohli was tipped to be rested alongside Jasprit Bumrah but the captain said that no one told him that his workload has exceeded the prescribed limit.

“Our rest period is put on record. It’s all on the e-mail given to the Board. So I don’t know what report they have created. In my mind, until the trainer or the physio tells me to rest because my progress in such and such with data collected from all games. I don’t know what communication was sent out to the selectors because nothing was communicated to me in terms of rest,” Kohli told mediapersons prior to team’s departure for the tour of West Indies.

It will be a new start after the disappointment of the World Cup but Kohli admitted that the team is yet to sort out the middle-order conundrum and joked that they might need a “crystal maze”.

“I don’t know whether it will have to be explained through a crystal maze,” he said with a laugh.

On a serious note, he felt that the Indian middle-order had been a target of “unfair criticism” being judged on the basis of one or two performances.

“It’s very subjective and situation-based. Sometimes you say you have the best top order in the world, which you can agree with; it leads to middle order getting just one or two opportunities, then we judge it based on it. I don’t know how to strike balance in it,” the skipper said, sounding a bit helpless.

India’s top three performed more often than not during the World Cup but the day when the middle-order faced stern test, they capitulated.

“If I am a middle-order player and I hardly get an opportunity to bat, then when I am expected to deliver in crunch, I don’t think it’s fair to be judged. If the top-order fails consistently, then you’ll say they need to be given time since they have been performing.

“When it happens with the middle-order, I don’t think it’s right to be so critical of them. We obviously want to find people who can be consistent, who can do the job regularly for us and we have backed the players that we thought are good enough to do the job. And they have,” Kohli said. 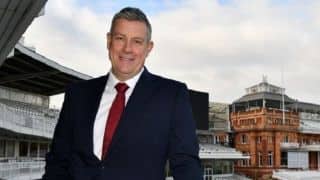 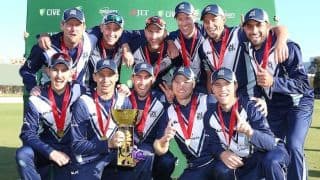