Sanjay Bangar's role as assistant coach was under the scanner after India lost New Zealand in World Cup 2019.

Sanjay Bangar is eager to continue his association with the Indian cricket team and if given an opportunity, he will definitely like to continue as the batting coach. The end of World Cup 2019 also marked the end of two-year stint of the Ravi Shastri-led coaching staff. The members of the staff were awarded contracts for a period of two years in 2017. Since the board hadn’t started the procedure to reappoint new coaches, the current panel was given a 45-day extension.

“The BCCI press note said that the current coaching staff would be automatic entrants. I have reapplied and I believe that when our association with the team started in 2014 under Ravi’s leadership and we were No. 6 or 7 in both formats and from there on the kind of work we have done with the team the results are there for everyone to see. During this period, India played 50 Tests, of which we won 28, and in 120 ODIs we won 80,” Bangar told Hindustan Times.

“Given an opportunity, we will definitely like to continue and bring success in the T20 World Cup and the ICC Test Championship,” he added.

Also Read: It was a team decision to send MS Dhoni at No 7 in semi-final, says assistant coach Sanjay Bangar

BCCI will soon conduct the interviews to appoint new coaches. The Cricket Advisory Committee (CAC) headed by Kapil Dev will oversee the complete process. Anshuman Gaekwad and Shantha Rangaswamy are two other members of CAC.

Head coach Shastri is likely to keep his job along with bowling coach Bharat Arun, who has created a big pool of pacers in Test cricket. Fielding coach R Sridhar will face tough competition from Jonty Rhodes, who also threw his hat in the ring.

The place of Bangar is surely up for grabs due to various reasons. Even two years after ICC Champions Trophy 2017, India could not find a suitable number 4 batsman for World Cup 2019. Their middle-order also got exposed against New Zealand in the semi-final. Former cricketers Lalchand Rajput, J Arun Kumar are among the aspirants for the job.

The India tour of West Indies ends in the month of September and the new coaching staff will be assuming its role starting with the start of home series against South Africa. 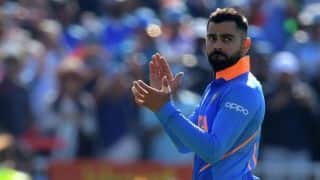 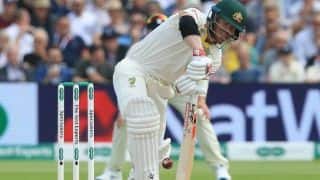