Consistency is the best way to impress a skipper and allrounder Krunal Pandya wants to put his best foot forward in front of Virat Kohli during the upcoming T20 series against West Indies starting August 3 in Florida.

The elder of the two Pandya brothers, Krunal has been selected in India’s 15-member squad led by Kohli for the three T20s against the West Indies.

And the spin-bowling India allrounder said he now wants to pick on his skipper’s brain on how to achieve consistency which will give his limited overs career much-needed fillip.

“In the West Indies tour I am looking forward to it because there is a lot of cricket in future. Obviously, I want to perform consistently in both batting and bowling,” Krunal told bcci.tv. (ALSO READ: Navdeep Saini, Shreyas Iyer named in ODI, T20I squads, Manish Pandey returns)

“I want to learn from Virat Kohli how to develop that hunger and be a consistent performer.”

Krunal, who is already in the West Indies with the India A side, said such tours help a cricketer in gaining experience. “India A tours help a lot. In the last 2-3 years, I have played in South Africa, New Zealand and England. It gives you experience and advantage when you tour these countries with the senior team,” he said. (ALSO READ: Ruturaj Gaikwad misses century by one run, Shubman Gill fires again in 4-1 series win)

Krunal also admitted that he is a big admirer of two-time World Cup skipper Mahendra Singh Dhoni, who is at the twilight of his career now.

“There is no big finisher in Indian and world cricket than Mahi bhai (Dhoni). He has been doing this day in and day out. His patience and the way he reads the situation are the qualities which I would like to learn from him,” said the 28-year-old left-hander, whose younger brother Hardik has been rested for the entire tour of West Indies.

The first two T20s between India and West Indies will be played in Fort Lauderhill, USA on August 3 and 4 while the final match of the series will be hosted by Guyana on August 6. 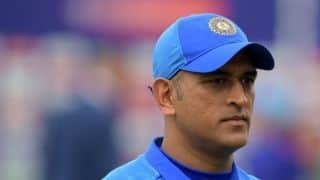 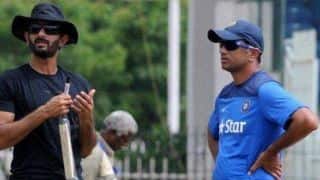