West Indies named a 13-man strong squad for the two-Test series against India that gets underway on August 22 at North Sound in Antigua.

Among the key highlights was the omission of flamboyant batsman Chris Gayle, who is unlikely to get a farewell Test after the he made a U-turn during the ICC Cricket World Cup 2019 by announcing his intention that’s he’s open to play Tests and ODIs against India after the World Cup.

There’s a new face in the side among the 13 players in the big-bodied spin bowling allrounder Rahkeem Cornwall.

Here are a few facts:

Rahkeem Cornwall, who was born in the Leeward Islands in Antigua, is a right-arm offbreak bowler.

He stands at a towering height of 6’6″ and weighs around 140 kgs. If he does manage to make his debut, he will be the heaviest cricketer ever to play international cricket.

Cornwall has been rewarded for his impressive performance in the West Indies Championship and the West Indies ‘A’ team for whom he scored two half-centuries in two unofficial ‘Tests’ against India A.

The 26-year-old, who made his first-class debut just under five years ago, has picked 260 wickets at 23.90 apiece in 55 first-class matches, and also averages above 24 with one hundred and 13 fifties to his credit.

As far as the squad is concerned, Cornwall, who bowls off-breaks and is a handy lower-middle order batsman made it. The 26-year-old couldn’t be included earlier because of fitness issues.

“Rahkeem has been performing consistently over a long period of time and has proven to be a match-winner, so we believe his elevation to the Test squad is merited at this time,” Robert Haynes, the head of Cricket West Indies’ interim selection panel, said.

“We believe he can provide an attacking option to our bowling attack with his sharp turn and extra bounce. He can also lend a bit of depth to the batting, so we are looking forward to him coming into the squad and making a valuable contribution.” 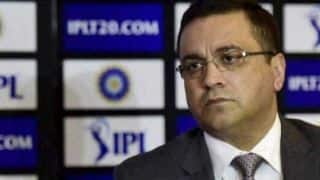 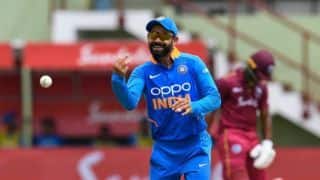