India skipper Mahendra Singh Dhoni says heavy dew created "unfair" conditions for them as it became difficult to bowl and field on a literally wet ground, which resulted in their two-wickets defeat against the West Indies at Visakhapatnam on Sunday. 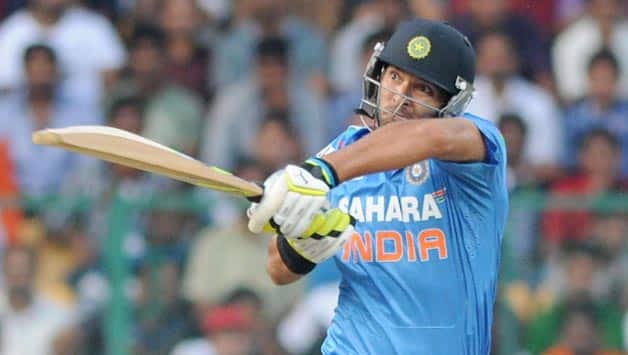 India skipper Mahendra Singh Dhoni says heavy dew created “unfair” conditions for them as it became difficult to bowl and field on a literally wet ground, which resulted in their two-wickets defeat against the West Indies at Visakhapatnam on Sunday.

Dhoni said losing the toss put them in a disadvantageous position as dew was certain to play a part in the match.

“It was a very bad toss to lose. At this time of the year, we never expected the dew to fall so early. Right from the first over itself there was plenty of dew. The outfield was completely wet. There was no real swing for the fast bowlers. I don’t think much for the spinners. There was a glimpse of turn when the ball was changed,” Dhoni said at the post match press conference.

“I think it was a bit unfair. It becomes a bit unfair when this time of the year you play with so much of dew with two or three spinners. But that’s part and parcel of the game.

It was tough to field with the amount of dew. We saw a few of the fielders throwing the ball to the wicketkeeper and it went to the short third man areas. That’s something tough,” he explained.

Dhoni also backed a struggling Yuvraj Singh, who also dropped Lendl Simmons when the batsman was on 43. He went on to score 62.

“Leave aside batting and bowling, anyone can drop catches. Let’s not be critical about it.”

Dhoni said they wanted Yuvraj to come on his own in batting as the team is backing him to get runs while batting at number four slot.

“We want Yuvi to do well. He is someone who can bat well at No 4. Someone who can really dominate the oppositions. Last few games, he has struggled a bit. At times it happens you’re under pressure the 15-20 first deliveries become crucial.

“If you’re not able to pass that phase, you have to be considerate about it. You know what kind of a talent he is.

Once he gets a few runs, you’ll see a different Yuvraj Singh,” he said.

Backing the World Cup player of the tournament, Dhoni further said, “Apart from the talent he has, he’s someone who does really well once he’s confident and dominates a tournament or series by series. He makes sure the team wins a tournament.”

Asked why Raina is pushed to No 5 and Yuvraj at No 4, Dhoni said, “Yuvi is under a bit of pressure. We wanted Yuvi to be comfortable at his slot. He has batted well at No 4.

Give him a series. Raina has also done well at 5. We are just looking at options. we dont really have any options. I still stand by it. But at the same time, we need to see if we can take some pressure off Yuvi.”

On why he’s preferring Suresh Raina over Yuvraj in bowling, Dhoni said the former is more effective against the left-handed batsmen.

“If we need him (Yuvraj) he’ll bowl. Raina is bowling well. I felt Raina was more appropriate with a few of left-handers batting around. We can attack with Ashwin. If we need a left-arm spinner, we have Jadeja and of course there’s Yuvraj Singh.”