West Indies have been forced to make one change with Oshane Thomas replacing the unfit Fabian Allen.

India captain Virat Kohli won the toss and opted to bat in the second one-day international against West Indies at the Port of Spain in Trinidad on Sunday. The first of the three-match series in Guyana was abandoned due to rain.

The Universe Boss @henrygayle had this to say ahead of his 300th ODI match for the West Indies!#MenInMaroon #ChrisGayle pic.twitter.com/nxKNgpBO0r

Meanwhile, West Indies have been forced to make one change with Oshane Thomas replacing the unfit Fabian Allen.

Virat Kohli: “We will bat first, it looks like a nice wicket and historically pitch slows down in the second innings. I think, spinners will come into play in the second half of the day. The nature of the pitch makes us bat first. When the series is compressed, you want to be focussed even more. We want to execute our skills in the middle. It doesn’t matter for us whether it is a two-match series or a three-match series. We are unchanged. We are backing Rishabh to still bat at four and Shreyas Iyer will bat at five. Four and five are more like floating batting position for us, according to the situation of the game anyone can bat anywhere. For me, top-3 and probably 6 and 7 are specialist batting positions than four and five. I think, it has become a topic of debate for a long time. In ODI’s and T20s, four and five are your flexible guys.”

Jason Holder: “There might be a bit of moisture on this pitch so hopefully, we will get early wickets. We have to execute our skills on each and every day. We have one forced change in our team. Fabian Allen is unfit, Oshane Thomas comes in his place. (On Gayle’s 300th match) It is a big match for Chris Gayle, I would like to congratulate Gayle for an outstanding career so far. We want to win this game for him.” 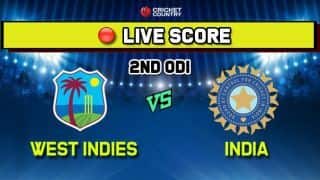 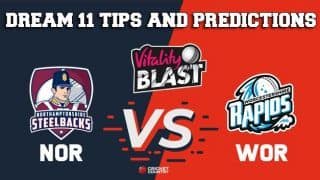