Currently, West Indies are 123 for the loss of eight wickets in 17 overs, with Carlos Brathwaite on eight, Sunil Narine coming in.

The reigning world T20 champions West Indies explosive all-rounder Andre Russell was dismissed for mere 13 by fast bowler Bhuvneshwar Kumar, after being caught by Virat Kohli at long on, against former world T20 champions India, in the second and final Twenty20 International (T20I), at the Central Broward Regional Park Stadium in Lauderhill, Florida on Sunday. It was a full toss, from Bhuvneshwar, as Russell went for a wild pull over long off, but not enough power, as Kohli takes an easy catch. Currently, West Indies are 123 for the loss of eight wickets in 17 overs, with Carlos Brathwaite on eight, Sunil Narine coming in. Full Cricket Scorecard: India vs West Indies, 2nd T20I at Lauderhill 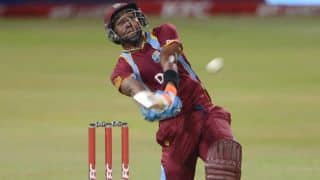 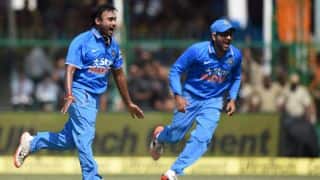