While it has been raining sparingly in Thiruvanathapuram and light showers are expected during day time, the clouds are expected to clear closer to the match time. 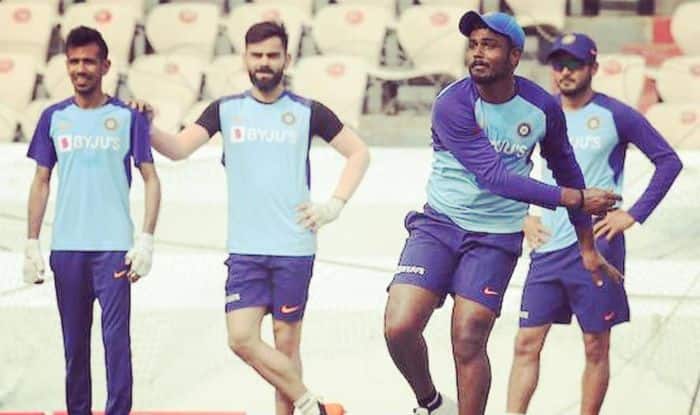 Last time Greenfield Stadium in Thiruvananthapuram hosted an T20 international – way back in 2017 – it was a rain-curtailed affair with only eight overs a side possible. That was the first-ever international matched hosted at the stadium, and as the city gears up for it’s second game, the 2nd T20I between India and West Indies, all hopes are for the rain gods to stay clear.

While it has been raining sparingly in Thiruvanathapuram and light showers are expected during day time, the clouds are expected to clear closer to the match time.

Weather Report: From morning 7 to 10 am, the weather forecast is partly cloudy, but after 11 and 2 pm, the forecast is of Intermittent clouds. As the day goes on there rise in temperature is expected, but the cloud cover also is expected to clear. From 3 pm to 5 pm the forecast partly sunny and by dusk there will be 0 per cent changes of precipitation.

Pitch Report: “This is going to be a pitch where lots of runs can be expected. Even with likely rains, the pitch will favour the batsmen,” the pitch curator was quoted as saying by PTI.

India will look for an improved show in the bowling and fielding departments to match their stupendous batting performance when they face the West Indies in the second game, eyeing to wrap up yet another T20 series in Thiruvananthapuram on Sunday.

In the last 13 months, India have played the West Indies in six T20 Internationals with the hosts coming up trumps every single time.

On Friday, India claimed their seventh straight T20I win over the visitors, beating them comfortably by six wickets in the first game to take a 1-0 lead in the three-match series.

A win on Sunday will not only help India seal their second series in the shortest format but also give them a chance to tests the fringe players as they continue their preparation for the T20 World Cup. 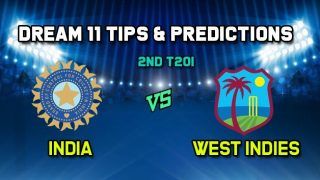