India Women are off to flying start to the final round of ICC Women s One-Day International (ODI) Championship 2016 against West Indies Women, beating them by 6 wickets in the first ODI at the newly inaugurated twin-stadium at Malapadu in Vijayawada. The Eves have gone through several changes since their debacle in ICC T20 Women World Cup 2016. Though, Mithali Raj is leading India in limited-over cricket, she has been relieved from the duties of shortest format and her deputy Harmanpreet Kaur will lead the side for three Twenty20 International (T20Is) against West Indies as well as the upcoming Asia Cup. ALSO READ: Clinical India Women ease past West Indies Women in 1st ODI

West Indies, who won the ICC Women’s T20 World Cup, were bowed down to reality, as their batters stumbled on various occasions with India s disciplined line and length bowling attack. Ekta Bisht and Rajeshwari Gayakwad shared seven wickets to bundle out West Indies for mere 131 by 43rd over. The Stafanie Taylor-led West Indies had made whole lot of changes to their side with the inclusion of experienced players and bringing back their T20 champions as well. They recalled veteran Chedean Nation after gap of seven years along with their wicketkeeper-batter Kycia Knight. They also included their seamer Shakera Selman, who was part of the T20WWC campaign.

With former cricketer Suman Sharma, making an entry as India s fielding coach, that Mithali has been rueing about post T20WWC defeat, India have surely taken the task on hand pretty seriously. The No. 6 ranked team are also looking to better their rankings winning this series by margin of 3-0. Considering it will be a gruelling season ahead, India have lot of homework yet to be done despite their all-round performance in the first ODI. The bowlers and batters got the wickets as well as runs respectively, but the ones who flourished in the T20WWC were stuttering after a gap of six months.

Smriti Mandhana, who was at the top in World Cup, was gone cheaply. Mona Meshram, the No. 3 batter hailing from Vidarbha failed to provide impetus at the top, despite the rich runs that she had scored during the Senior Women s ODI league, which earned her ODI recall for this series. Deepti Sharma tried her bit to settle down the scenario along with skipper Mithali, however, India continued to witness downfall. India, who were 33 for 3 at Lunch, boosted West Indies and made their presence felt in the game. Until, Mithali and Veda Krisnamurthy turned the tides and the latter ending the game with a beautiful six. ALSO READ: India Women vs West Indies Women: Tight security in place post terror attacks

India still had Ekta, Shikha Pandey, Jhulan Goswami who were to come and bat, showing the strength that India batting line-up possesses. As for the bowling, India do have a bit of concern there. Where maximum wickets came from Ekta and Rajeshwari along with a single from Shikha, their regular pacer Jhulan along with Deepti Sharma and Harmanpreet were not up to the mark with the ball. Mithali will expect that Harmanpreet, who will be leading the Eves in shortest format, bring the firepower along with some wickets from Jhulan as well.

Jhulan also has a milestone to look forward to as she is just five wickets short of dethroning Cathryn Fitzpatrick, the former Australian cricketer, to bag the title of the leading all-time wicket-taker in ODI format.

India will also want to play around with their two uncapped players with the inclusion of young all-rounder Devika Vaidya, who has played a single T20I and Sukanya Parida. But both of them remain untested at the highest level.

It was pitch that belonged to the hard-hitting batters, but West Indies faltered and were nowhere closer to the tag of champions . West Indies top batters that included skipper Stafanie along with Deandra Dottin and Hayley Matthews failed to build the required runs against the Eves strong bowling attack. Although, Hayley and Stafanie added 24 and 19 respectively, Deandra was gone cheaply for 8. Coming with defeat against England Women by 2-1, this loss added further fuel to fire that West Indies will be itching to calm down. Merissa Aguilleira was the only talking point for West Indies, who pursued her side beyond the 100-run mark and provided competitive total on board.

Shakera bagged two wickets while their all-time highest wicket-taker Deandra was under used bowling just 4 overs. Stafanie, herself, bowled just 2 overs, that backfired the West Indies campaign terribly. Afy Fletcher was lucky to bag a wicket along with Hayley. West Indies, who had won the toss will look to better their chances in the second ODI, after series of losses. West Indies, who are placed at No. 9 after their recent defeat against England, need just one more game to better their opportunities to qualify to the World Cup. They are ahead of the Eves by 14-4 in the head-to-head record.

West Indies, might want to include their experienced player Chedean in the squad for the second ODI to boost their confidence as they move ahead in the series. ALSO READ: Mithali Raj keen to improve ICC Women’s Rankings

This series is crucial in all forms for both the teams especially with Harmanpreet and Smiriti now part of the Australia s biggest domestic T20 league Women Big Bash League (WBBL) all set to begin from December. However, India s promising spinners are the ones who can do the trick once again in the second ODI. With likes of Poonam Yadav, Rajeshwari, and Deepti pushing harder to get wickets and Ekta boosting the spin unit, India are most likely to sail through the World Cup. Both teams have practiced just 4 days in this new venue and after knowing the conditions here, West Indies will want to take thoughtful decisions and pose some threat to the Eves. 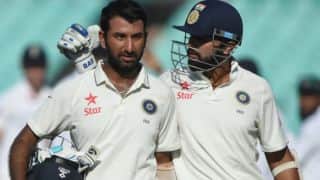 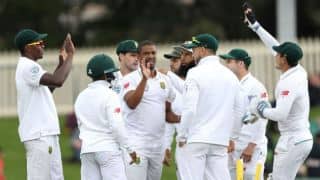