For the second ODI in a row, Shreyas Iyer has earned praise from Virat Kohli for his composure and game awareness. And this time, Kohli has said that the 24-year-old reminds him of himself from an earlier stage in his international career.

In his first innings for India since February 2018, Iyer last week scored a fluent off 68 balls while adding 125 with Kohli, after which the India skipper lauded his attitude.

During the third ODI against West Indies on Wednesday, Iyer again delivered. His 41-ball 65 hastened India’s successful Duckworth-Lewis chase of 255 from 35 overs, and Iyer put on 120 with Kohli who remained unbeaten on 114 off 99 balls.

After India sealed the series 2-0, Kohli expressed his satisfaction with Iyer’s temperament.

“He understood the value of performing in these situations,” Kohli said. “It will only boost his confidence further. I was exactly the same when I came in – any opportunity I got I wanted to win games for my team and play according to the situation and you have to take risks. He was brave under pressure. You need to reveal your game to realise who you are, what your game is and what kind of a player you are.”

(READ: I want to stay in the team for a while: Shreyas Iyer)

India’s No 4 spot remains an area of debate after the 2019 World Cup in England. With Rishabh Pant far from the finished product he fell for another golden duck in the third ODI – the selectors have to identify someone to bat at No 4 keeping the 2023 World Cup in mind.

Kohli felt that Iyer could be a “strong contender and a regular feature in the middle order” if he kept batting with such maturity.

“Both times he was batting with me, I’ve been around for a while, and he wasn’t intimidated at all, he was very confident, very sure of his game. I think that is great to see, hopefully he builds on to this and keeps performing like this for the team,” said Kohli.”

“Today we were under a bit of pressure, I think Shreyas, the way he played took all the pressure off me and I could just play with my usual tempo and control the game from one end.”

Iyer now averages 49.42 after seven ODI innings. Of those, four have been half-centuries. His strike-rate sits at 105.81. 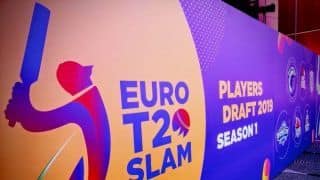 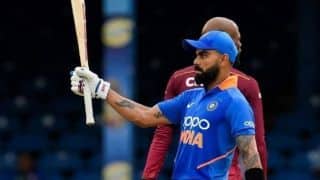