India have handed debut to Mumbai Indians leg spinner Rahul Chahar while KL Rahul comes in for Rohit Sharma, while Khaleel Ahmed is rested for Deepak Chahar. Ravindra Jadeja too has been rested.

India captain Virat Kohli won the toss and elected to bowl first against West Indies in the third and the final T20I at Providence Stadium, Guyana on Tuesday, after a delay of over an hour.

India have handed debut to Mumbai Indians leg spinner Rahul Chahar while KL Rahul comes in for Rohit Sharma, while Khaleel Ahmed is rested for Deepak Chahar. Ravindra Jadeja too has been rested.

For West Indies, Khary Pierre sits out and in comes Fabian Allen.

India may have won the series but West Indies would want to give their supporters reasons to cheer as the two teams land in the Caribbean for the final T20I of the series. so far, it has a classic case of so near and yet so far for the West Indies. They had India in trouble in the first T20I but there just weren t enough runs on the board. Then, with 70 needed off 27, rain laid waste to their plans of levelling the series as India were declared winners.

As the action now moves to their home soil, West Indies would want to prevent India from securing a 3-0 clean sweep, especially if they are to remain in a positive frame of mind ahead of the ODIs. West Indies have fired in bits and pieces; well as have India, but shades of individual brilliance from the West Indies haven t been enough to culminate into a winning result. Sheldon Cottrell and Oshane Thomas got wickets and Rovman Powell out the Indian bowlers under the pump with his powerful half-century. Somehow, the unit as a whole needs to click if they are to end with a consolation win. 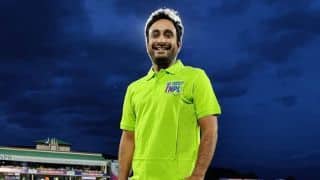