Patel dismissed Darren Sammy for 16, this was his second scalp of the match.

Akshar Patel picked up his second wicket in the fourth One-day International (ODI) match played between India and West Indies at Dharamsala on Friday.

Patel dismissed Darren Sammy for 16, this was his second scalp of the match. He has been spot on with his line and length and has been economical throughout the innings.  Andre Russell joined Samuels as West Indies were still far away from the total. West Indies had reached 166 for 6 after 36 overs.

This is the series-deciding match as the West Indies have called off the series due to the payment dispute between players and the board. India had earlier posted 330 for six against a deflated West indies performance. Virat Kohli scored his 20th ODI century while Ajinkya rahane and Suresh Raina scored half-centuries. 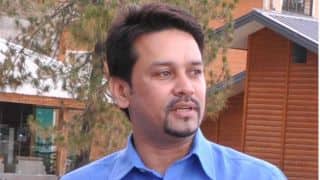