Raring to have another go at the West Indies and register their third win in the Caribbean on this tour, the Indian cricket team will be praying that rain stays away from the Queens Park Oval in Trinidad.

Raring to have another go at the West Indies and register their third win in the Caribbean on this tour, the Indian cricket team will be praying that rain stays away from the Queens Park Oval in Trinidad. The first day’s play can be considered as good as washed out as the West Indies were left in a precarious position of 62 for 2 in 22 overs. The Indian cricket team had moved up to the top spot in the ICC Test Rankings and they will want rains to stay away for them to force a result in this Test. India need to win their fourth and final Test versus West Indies at Port of Spain in order to remain world No. 1. Full Cricket Scorecard: India vs West Indies, 4th Test match

It was yet another poor start for the West Indies on the opening day of the final Test. Leon Johnson, who was among the run-scorers during the two tour matches for India, fell for 9 runs off 30 balls. Ishant Sharma had the West Indian opener caught by Rohit Sharma in the 12th over of the game. Full Cricket Updates: India vs West Indies, 4th Test match

West Indies’ biggest hope in batting, Darren Bravo continued to disappoint as he became the first victim in the game for Ravichandran Ashwin. The ace Indian spinner cleaned him up for 10 off as many balls, which was studded with 2 boundaries. The dismissal of Bravo had West Indies once again tottering at 48 for 2.

However, Marlon Samuels and the formidable Kraigg Brathwaite looked like forming a good partnership for the third wicket. Brathwaite looked in his usual elements, reaching 32 off 78 balls with 5 boundaries, before the rain gods intervened with the proceedings at the Queens Park Oval. At the other end, Samuels had reached 4 not out off 15 balls.

The Indian cricket team made a few drastic changes, stepping back from their five-bowler policy and included an extra batsman. Rohit and Cheteshwar Pujara have generally remained in contention for a spot in the Indian playing XI, but on Thursday both the batsmen found a place in the team as Shikhar Dhawan and Ravindra Jadeja had to make way for the two right-handed batsmen.

India have still not zeroed in on a playing XI which can play across conditions and venues, and thus, this kind of experimentation is valid. However, so much of commotion in the ranks also hampers the momentum as well as balance, whereas at the same time the team also looks unsure on how to use the talent that is at their disposal.

Nevertheless, all such experimentation do not look when the team is losing, which is not the case with the Indian cricket team. They last lost a Test back on the tour of Sri Lanka in 2015, which is certainly commendable for a team which is not considered as a dominant and formidable side in Test cricket.

With rains threatening to have a say in the outcome of this Test, the Indian cricket team will have to step up and utilise every single minute that they get on the field. The forecasts have not been positive for all 5 days of this Test, which means, India will have to ensure that their A game comes forth in this Test. 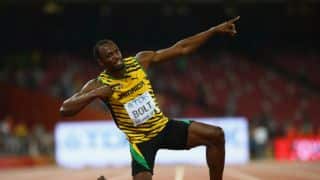