Organisers of the fifth and final ODI between India and West Indies have promised the pitch to be batting-friendly.

The fourth ODI of the ongoing five-match series between India and West Indies proved to be anomaly. Drifting away from the script the other fixtures have followed, at the Brabourne Stadium, bowlers finally called the shots under the lights. While India posted a mammoth 377/5 after opting to bat, their bowlers came to the party, bundling out West Indies for 153 and thus recording a big 224-run win to take 2-1 lead. The other games have been high-scoring affairs.

The Greenfield International Stadium in Thiruvananthapuram, venue of the final match of the series, is hosting its first ODI in over three decades. It did host an international match last year, a run-curtailed T20I between India and New Zealand. Among the noticeable features of that match was the slowness of the wicket that made life difficult for the batsmen.

However, this time around, the organisers are promising a run-fest. “We have prepared a wicket that will assist batsmen and free stroke-play and like other matches, we can expect a 300-plus total here also,” Jayesh George, former Kerala Cricket Association secretary and general convener of the ODI was quoted by The Times of India as saying on Wednesday.

Explaining the reason why the New Zealand contest, in which India prevailed by six runs, saw batsmen struggling to play their strokes freely, George said, “There was obviously some dampness underneath because of all the rain that time. This time, we have got enough sunshine for the preparation of the wicket and the ball is expected to come on to the bat.”

West Indies showed immense promise before their meek surrender in the penultimate ODI. They gave India a tough fight in Hyderabad, venue of the tied 2nd ODI and then shocked the hosts with a 43-run win in Pune to draw level. 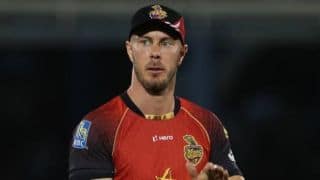 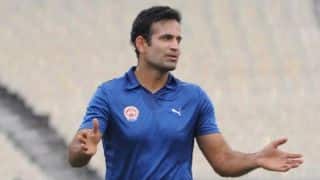