India take on fellow former champions West Indies, in the second semi-final of the ongoing ICC World T20 2016 at Mumbai.

Former champions and hosts India take on fellow former champions West Indies, in the second semi-final of the ongoing ICC World T20 2016 at the Wankhede Stadium in Mumbai on Thursday, as the live cricket streaming of the match is available on starsports.com, while the live telecast of the match can be enjoyed on Star Sports 1 and Star Sports HD1, along with hindi commentary on Star Sports 3 and Star Sports HD3. India would aim to make it to the final of the third time and become the first host nation to win it, while West Indies would aim for their second title win as they too aim to make it to the final for the second time. FULL CRICKET SCORECARD: India vs West Indies, ICC World T20 2016, 2nd Semi-Final match at Mumbai

India will start as favourites, as their last two emphatic wins have not only brought their campaign back on track in the T20 World Cup, but have also propelled them back as the red hot favourites. The only team that has been unbeaten so far in this tournament is New Zealand, and they will face a stern test to keep their record intact against England. FULL CRICKET UPDATES: India vs West Indies, ICC World T20 2016, 2nd Semi-Final match at Mumbai

West Indies depend heavily on Gayle, and he is in form for having struck a 47-ball century against England at the Wankhede. The West Indian win in that game over England means the Caribbean team will be knowing the pitch and the ground a little better than the Indians, who will be forced to depend on their past knowledge and experience. India will have to be wary of the West Indian firepower, as they would not want t chase any massive total given the fact that there are far too many power-hitters in the Caribbean side. 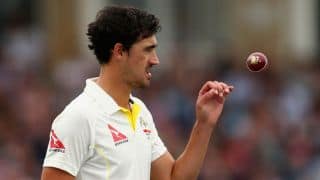