MPCA is showing strong signs of backing out from the issue.

The ongoing tussle between the Board of Control for Cricket in India and the Madhya Pradesh Cricket Association (MPCA) over the provision of complimentary tickets has led to the second ODI between India and West Indies at Indore on October 24 under threat.

According to a report in PTI, the MPCA is showing strong signs of backing out from the issue. “We have not received any formal information from the BCCI about the change in the match venue. We have also not got any clear answer from them on the issue of complimentary tickets,” MPCA secretary Milind Kanmadikar said.

Kanmadikar has asked the BCCI to provide more clarity on its new constitution which states that 90 per cent tickets of the total capacity of the stadium should be put on public sale which means that only 10 per cent of tickets will be available to state associations.

“On the basis of its new constitution, the BCCI must clarify that 10 per cent complimentary seats are kept only for BCCI or there is provision of 10-10 per cent each for BCCI and state associations,” he said.

According to a formal agreement, 1,300 tickets of the pavilion block were demanded for sponsors and other related parties for the match. However, it won t be logistically possible for MPCA to agree to the clause given that the capacity of the Holkar Stadium in Indore is around 27,000, including 7,200 seats of the South Pavilion Block.

West Indies have played only one ODI at the Holkar Stadium on December 8, 2011 when then India captain Virender Sehwag scored a record 219 runs that helped India beat the Caribbean side by 153 runs. 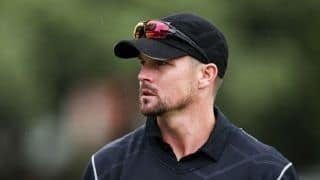 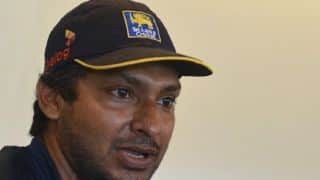 England are the best all-round team in any conditions: Kumar Sangakkara