West Indies were 21 for 1 at stumps of Day 3, trailed India by 302 runs after the visitors enforced follow-on.

West Indies were 21 for 1 at stumps of Day 3, trailed India by 302 runs after the visitors enforced follow-on. India batted first and declared at 566 for 8. Virat Kohli scored his maiden double Test ton and he was supported by Ravichandran Ashwin who scored his second Test ton. Kohli was dismissed just after reaching the 200-run mark, while was dismissed for 113. The next batsman for India in that innings was opener Shikhar Dhawan who missed a century by 16 runs. In reply, West Indies were cleaned up by the duo of Mohammed Shami and Umesh Yadav. They picked 4 wickets each and the other dismissals were made by Amit Mishra who bagged 2 scalps. FULL CRICKET SCORECARD: India vs West Indies 2016, 1st Test at Antigua

Kraigg Brathwaite has been the go-to-man for West Indies so far in the game. After picking 2 wickets in the first innings, he made a crucial 74 when he opened innings for his side. The next best batsman was the wicketkeeper-batsman Shane Dorwich. He brought back life in the Caribbean s innings after the middle-order collapsed to the Indian fast bowlers. Dorwich remained unbeaten on 57 while his teammates kept on throwing away their wickets. Live Cricket Score: India vs West Indies, 1st Test, Day 4

At the end of Day 3 of the first Test, Yadav spoke to the media and said that the Indian bowling attack aimed to frustrate the hosts batsmen. We had decided all of this before the match and there was not anything in the wicket for fast bowlers. So our effort was to bowl as many maiden overs as possible. Wind was also affecting our bowling, resulting in moving the ball a bit more sometimes. It was not reversing as well. So, we were discussing continuously as to what we should do. IND vs WI Live Streaming: Watch live telecast on Ozee.com

We decided to even grab half chances if they come to us. Because on such wickets a lot of hard work is needed and you need to hold even half chances, so we needed to grab them. If we don t then wickets won t come and it would be difficult to take 20 wickets as the wicket would slow down even more, said Yadav. 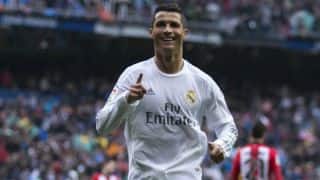 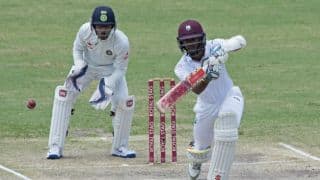