Currently, West Indies are 138 for the loss of three wicket in 15 overs against India in T20 World Cup 2016 semi-final.

West Indies batsman Lendl Simmons scored his fifth half-century in Twenty20 International (T20I), against fellow former champions and hosts India, in the second semi-final of the ongoing ICC World T20 2016 at the Wankhede Stadium in Mumbai on Thursday. His fifty came off 35 deliveries, including five boundaries and a couple of sixes, along with a strike 143. It was a good innings under pressure by him, and was again awarded a lifeline, after a no-ball from Jasprit Bumrah denied him from being out. Currently, West Indies are 138 for the loss of three wicket in 15 overs, with Lendl Simmons on 56 and Andre Russell on 12. FULL CRICKET SCORECARD: India vs West Indies, ICC World T20 2016, 2nd Semi-Final match at Mumbai 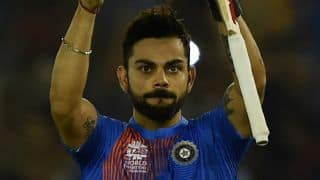 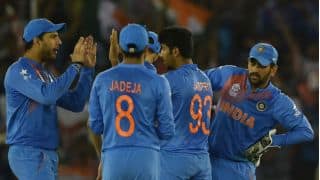