Statistical highlights of the third day's play in the second cricket Test between India and the West Indies on Wednesday. 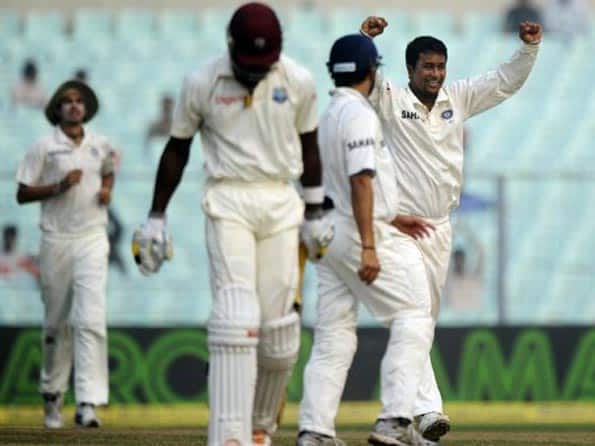 Statistical highlights of the third day’s play in the second cricket Test between India and the West Indies on Wednesday.

# Adrian Barath (62 off 105 balls) has registered his third fifty in Tests – his second against India. In June this year, he had posted 64 against India at Kingston.

# Umesh Yadav (3 for 23) has registered his best bowling figures in Tests, eclipsing the 2 for 36 against West Indies at Feroz Shah Kotla on debut.

# Pragyan Ojha (4 for 64) has recorded his second best bowling performance in Tests – his career-best is 6 for 72 at Feroz Shah Kotla in the first Test of the current rubber.

# Kirk Edwards (60 off 128 balls) has posted his first Test fifty against India – his second in Tests.

# Edwards’ excellent knock is his second highest against India in Tests – his highest being 110 at Roseau in July 2011.

# Edwards’ aforesaid run-aggregate is the second highest for West Indies in the current series, next only to Shivnarine Chanderpaul’s 190 at an average of 63.33.

# Darren Bravo (38 not out) has posted his highest innings in India, obliterating the 30 in the first innings of the Kolkata Test.

# For the second time, India have enforced a follow-on at Eden Gardens, Kolkata – the first occasion was against England in 1992-93.(PTI)