Statistical highlights of the second day's play in the second cricket Test between India and the West Indies on Tuesday. 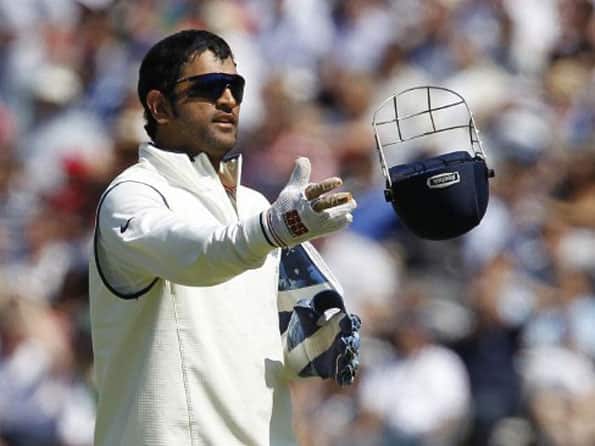 Statistical highlights of the second day’s play in the second cricket Test between India and the West Indies on Tuesday.

# Mahendra Singh Dhoni has become the first wicketkeeper to post five hundreds for India in Tests – four at home and one overseas.

# Dhoni (144 off 175 balls) has registered his first hundred against the West Indies.

# Dhoni’s superb innings is his second highest in Tests, next only to the 148 against Pakistan at Faisalabad in January 2006.

# Dhoni has posted two hundreds at Eden Gardens – his first at this venue being an unbeaten 132 off 187 balls against South Africa in February 2010.

# Six stands of 50 or more have been recorded – their second best tally in a Test innings, next only to the eight against England at The Oval in 2007.

# India (631 for 7d) have posted their highest total against the West Indies at Eden Gardens, eclipsing the 565 in December 1987. India’s highest ever total at this venue is 657 for seven wickets declared against Australia in 2000-01.

# India’s above total is their fifth of 600 or more at Eden Gardens – two against Australia and one each against South Africa, West Indies and Pakistan. Apart from India, only West Indies have recorded 600 at this venue – 614 for five wickets declared in 1958-59.

# Laxman’s brilliant knock is his highest against the West Indies, eclipsing the 154 not out at Eden Gardens in 2002-03.

# Of Laxman’s 17 centuries, eight have been registered by him in India and nine overseas.

# Laxman and Mohammad Azharuddin now share a record for most hundreds (five) at Eden Gardens.

# Laxman and Dhoni were involved in a stand of 224 runs – India’s highest seventh wicket stand against West Indies, eclipsing the 217 between Laxman and Ajay Ratra at St.John’s in 2002.

# The above stand is the fourth 200-run partnership for the seventh wicket for India in Tests – the highest is 259 (unbroken) between Laxman and Dhoni against South Africa at Kolkata in 2009-10.