India vs West Indies: Virat Kohli not 'uncomfortable' at No. 3 position

India vs West Indies: Virat Kohli not 'uncomfortable' at No. 3 position

India defeated Sri Lanka (2-1) and South Africa (3-0) and have followed it up with another win in West Indies.

Virat Kohli spoke to the media, after his side won the third Test against West Indies by 237 runs and sealed the four-Test series, and shared about the happenings of the Test. India changed their batting-order in this Test and brought in Rohit Sharma, Bhuvneshwar Kumar and Ravindra Jadeja to their Playing XI. He himself bated at No. 3 position, a position where he has made a big mark in One-Day Internationals (ODIs). He normally bats at No. 4 in whites but came at No. 3 in this match. He got out for 3 and 4 in both the innings but reflected that he may continue to hold that position in future too. Board of Control for Cricket’s (BCCI) official Twitter account shared a quote of Kohli stating he is not uncomfortable to make changes for himself in the batting-order. Full Cricket Scorecard: India vs West Indies, 3rd Test match

If I am required to open the innings for the team, I’ll do it. Many times we are averse to change. I don’t feel uncomfortable at 3:@imVkohli

Cheteshwar Pujara‘s comeback looks bleak at the moment and India may persist with Rohit for future as well. Rohit made 50 runs in the entire Test with scores of 9 and 41. On the other hand, Kohli also had a tough time in the match with two single-digit scores but he can still deliver in the final Test with the series already being in India’s pocket. ALSO READ: West Indies dismissed for their second lowest Test score vs India

This is also Kohli‘s side’s third consecutive Test series win. They defeated Sri Lanka (2-1) and South Africa (3-0) and have followed it up with another win in West Indies. 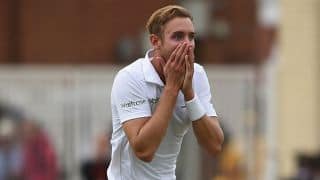 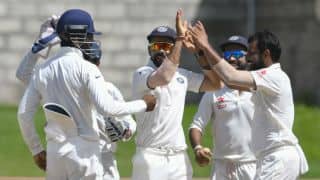