India's in-form pacer Jasprit Bumrah says he focuses more on executing his plans than thinking too much about the batsman's mindset.

Harare: India‘s in-form pacer Jasprit Bumrah says he focuses more on executing his plans than thinking too much about the batsman’s mindset. Speaking after India’s 3-0 whitewash of Zimbabwe in the ODI series, Bumrah said he is always focussed on getting his plans right. “International cricket is international cricket [whether it is Zimbabwe or any other team]. The days are going good for us, we are getting the results. We are looking to keep on improving,” said Bumrah, who ended up as the highest-wicketaker in the short series with nine scalps including a couple of four-wicket hauls. FULL CRICKET SCORECARD: India vs Zimbabwe 2016, 3rd ODI at Harare

Talking about his mindset while bowling, he said: “What I try to do, sometimes it doesn’t come off. But I try it again rather than thinking about the batsman’s mindset. If I am not able to execute my plans, then I feel I am not up to the mark and there has been a mistake on my part. Then I try to keep a cool head and try to do it all over again,” said the bowler with a distinct action. Rahul: Always knew I had the game to do well

Bumrah, who was on a hat-trick today, said the wicket was better for batting compared to the earlier games. “We did not plan anything different. We were just trying to bowl in the good areas. We did not try anything different to pick up wickets, nothing out of the box. We were just trying to bowl good balls.” The ball moved around more in the previous games with weather being colder. There were better batting conditions on offer today with the sun shining bright. POLL: Which debutant performed the best in India vs Zimbabwe?

“It is always good when the ball is moving, so you can try out more variations. The wicket today was not offering as much help as it was in the earlier two games. We had to be more disciplined and not pitch the ball too full. We just tried to stick to the basics hoping that we don’t give many runs and the batsmen make mistakes under pressure,” said Bumrah. He feels he will only get better with more international experience. “Earlier, I only used to get the ball into right handers. Over the years, I have developed some variations, thanks to first class cricket and IPL,” Bumrah added. 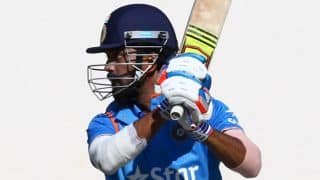 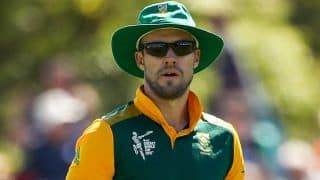