Zimbabwe will be looking to put up a fight against visitors India and save themselves from another humiliating loss in the series.

A confident Team India take on Zimbabwe in the second One-Day International (ODI) at the Harare Sports Club on Wednesday. India have already won the series 2-0. The visitors will be looking to whitewash the series by winning the last ODI of the three-match series. Zimbabwe on the other hand will be trying to put up a fight as they have suffered humiliating losses to India in the last two ODIs. Mahendra Singh Dhoni is playing on Zimbabwe’s soil after a long gap of 11 years. He is by far the most experienced player in the side. There is a chance that he might bowl today with wicketkeeper KL Rahul in the side. FULL CRICKET SCORECARD: India vs Zimbabwe 2016, 3rd ODI at Harare

Makhaya Ntini made a shocking statement after his team’s loss in 2nd ODI that he wanted to hang himself from the tree outside. Everybody was taken aback by the statement as he got a bat signed from MS Dhoni a little while ago. He lashed out at BCCI for sending their second tier team to Zimbabwe. He wanted big teams to send their strongest teams to the nation in order to give them more exposure to quality cricket but he was proved wrong by his team’s less than ordinary display. LIVE BLOG: India vs Zimbabwe 2016, 3rd ODI at Harare

India are on high spirits after winning the ODI series. They will be testing the remaining uncapped players in the last ODI to give them some exposure to international cricket. An easy win is expected in the last match, whitewashing the series flawlessly. They will be looking forward to the three match T20 series to be held after today’s match. 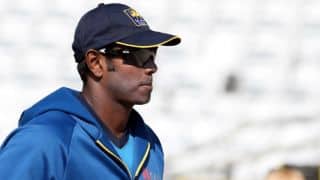 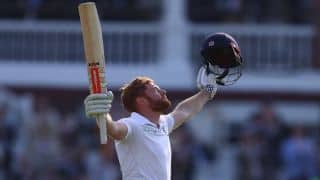