Team India will like to carry on with the momentum from the first ODI and take an unassailable lead in the series.

India will take on Zimbabwe in the 2nd match of the three-match One-Day International (ODI) series at Harare Sports Club, Harare. India, being led by regular skipper, MS Dhoni, is 1-0 up in the series with an emphatic win in the previous match thanks to the efforts of their main bowlers and debutant KL Rahul’s ton. Ten Network have broadcasting rights of the series in India and will telecast the matches on Ten 1 HD, TEN 2 and TEN 3. Free online streaming of India vs Zimbabwe series 2016 will be available on the official Ten Sports website that is Tensports.com. Full Cricket Scorecard: India vs Zimbabwe 2016, 2nd ODI at Harare

Even after sending a second stringed team to the African nation, India has started off the series with a bang. They were professional with their efforts both with the bat and ball as every bowler chipped in with wickets at regular intervals and KL Rahul and Ambati Rayudu stitched an unbeaten 162 run stand to take India home easily while chasing a paltry score. On the other hand, Zimbabwe will have to pull up their socks if they wish to keep the series alive till the last match of the series. Their batsmen will have to apply themselves at the crease for a long time to put up a fight against their opponents.

India will be eager to test more players in the remaining matches and may try out some of their benched players for this match. The result may pretty much remain the same if the hosts do not bat and ball out of their skin to level the series. 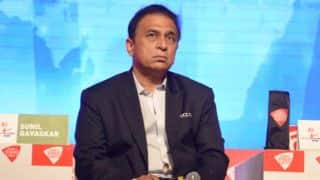