They might be without key senior players but even a second-string India would be hard to stop for the struggling West Indies when the two sides clash in a one-off Twenty20 match here on Saturday. 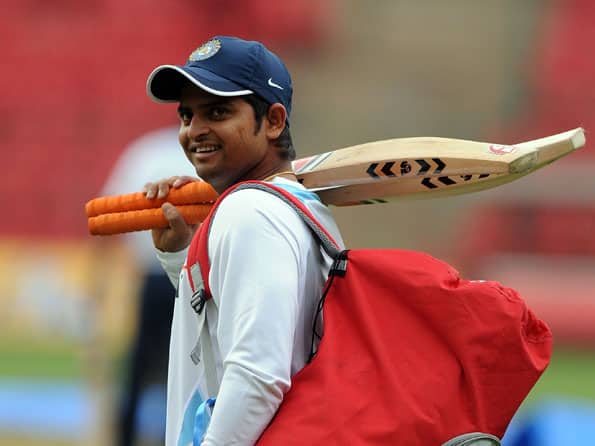 They might be without key senior players but even a second-string India would be hard to stop for the struggling West Indies when the two sides clash in a one-off Twenty20 match here on Saturday.

Led by Suresh Raina, India are without seniors such as Sachin Tendulkar, Virender Sehwag and regular skipper Mahendra Singh Dhoni among others, but they can still turn the tables on the West Indians whom they have never beaten in a Twenty20 match before.

As touring Indians get set to take on the hosts at the Queen’s Park Oval here, they can take comfort from the disarray in which the hosts presently find themselves.

Rival coach Ottis Gibson is candid enough to lay bare in public domain, the issues which are stopping his young team from winning consistently. His latest ire is reserved for pitches in the Caribbean which, according to him, are not suited to the strength of the home side.

He hit out on Thursday, stating that pitches across the Caribbean this summer have not worked to his team’s advantage at all. The one at Queen’s Park Oval is expected to be low and slow which is at variance with the strength of the West Indian team.

The hosts have two of the most economical and frugal medium-paceers in skipper Darren Sammy and Ravi Rampaul but the Oval pitch appears to have been made more for the visitors’ liking.

India has three first-rate spinners in Harbhajan Singh, R Ashwin and Amit Mishra to take advantage of the surface while West Indies have only young leg-spinner Devendra Bishoo who could do likewise.

Indians are known to have a weakness against short-pitched deliveries yet they are unlikely to face any such threat on the bland Queen’s Park surface or from the composition of the West Indies side. Though Ravi Rampaul is in prime form, neither Andre Russel nor Krishmar Santokie can be said to have the same effect as the missign trio of Fidel Edwards, Jerome Taylor and Khemar Roach have on the opponents. The other issues, which Gibson outlined, are the inability of his batsmen to rotate strike and their fallings against spin, particularly off-spin.

The tourists would be buoyed by the admission for they have two very potent off-spinners in Harbhajan Singh and R Ashwin in the ranks. Given the state of the Oval pitch, India would be tempted to play both Harbhajan and Ashwin in tomorrow’s game even though skipper Raina himself and Rohit Sharma can also turn their arms over.

Indians would have a few anxieties about their openers as left-handers Shikhar Dhawan and Parthiv Patel haven’t quite set the stadium on fire in recent times. Their middle order though is strong and Kohli, Raina, Yusuf Pathan, Rohit Sharma and Badrinath are all capable performers.

Indian pace bowling too is in the capable hands with Munaf Patel, a model of fitness and efficiency over the last few months. Visitors have a reasonable batting line-up on paper with Darren Bravo being the pick of the lot yet it hasn’t quite translated into enough runs on the board in recent times.

Indeed, Gibson has openly admitted that it is time his batsmen pull their weight and support bowlers who have been doing more than an adequate job.

India have twice faced West Indies in Twenty20 internationals and come a cropper on both occasions. India first met the West Indies during the 2009 Twenty20 World Championships and lost by seven wickets at Lord’s. West Indies repeated the dose in the second encounter, again during the Twenty20 World Cup but this time in Caribbean, beating India by 14 runs at the Kensington Oval.

Cricket is enough to motivate me: Tendulkar