India Women were recently drubbed 0-3 by Australia Women in ODIs at Vadodara.

After suffering their most embarrassing series defeat in recent times against Australia, India skipper Mithali Raj today said the team is looking to make amends by aiming for a clean sweep against hosts Sri Lanka in round three of the ICC Women’s Championship. “We will definitely look for a clean sweep to get six points (in the next series) against Sri Lanka. It becomes very important that whatever ICC Championship matches that we play (from here on) against other teams to aim and play for those points since we have lost out on six points (against Australia) and we lost two points in South Africa,” Mithali said.

The Indian side won 2-1 win against South Africa in a three-match ODI series held in the Rainbow Nation before it was blanked 3-0 by Australia. “From the tour to South Africa we have got four points but we haven’t managed to get even two points from the series against Australia (but) we still have other teams to go (play against). Now whenever we play against other teams it will be important for us not to lose out on any games,” Mithali said.

India will bank on Smriti Mandhana, who was the top run-getter during the ODI series against Australia, and she would look to continue her good run. Mandhana is the second leading scorer in the tournament so far, smashing two half centuries in the series played in Vadodara, and has a tally of 350 runs in the championship, next only to New Zealand’s Sophie Devine who has a tally of 428 runs, including two centuries.

India are fifth in the points table with four points, six points behind New Zealand and Australia after the end of their second round matches. They will face Sri Lanka in the next round followed by England in round four. 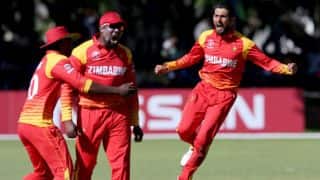 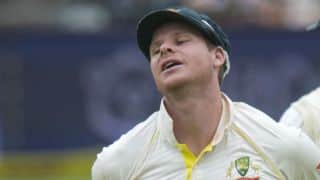