Steve Waugh said Indian cricket will survive without Sachin Tendulkar. The Indian batting great retired from One-Day Internationals (ODIs) last year and many believe India’s tour to South Africa later this year will be his last assignment before he bids adieu to international cricket. 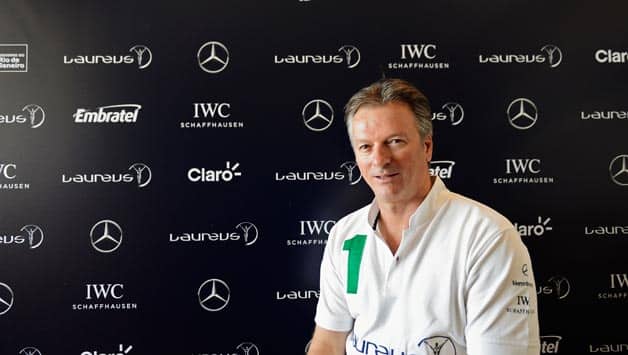 Steve Waugh said Indian cricket will survive without Sachin Tendulkar. The Indian batting great retired from One-Day Internationals (ODIs) last year and many believe India’s tour to South Africa later this year will be his last assignment before he bids adieu to international cricket.

“We’ve seen over the last few months that Indian cricket will survive,” Waugh told at a promotional event in Bangalore on Thursday.

“Without Rahul Dravid, VVS Laxman and Sourav Ganguly, these young players have come in and done well. So India will survive although it will be hard to take when Sachin retires because everyone here is so used to him walking out to bat. But it must come sooner rather than later,” said Waugh as reported by The Hindu.

The former Australian captain praised MS Dhoni for managing the transitional phase in Indian cricket. “He seems to have the golden touch all the time,” Waugh said.

“He rarely does anything wrong. When his position was under threat last year against Australia, he came and scored a century. He knows how to perform on the big stage; he knows how to win the big moments.”

Waugh was asked about his incident with another Indian captain, Ganguly, who in the 2001 ODI series famously made him wait at the toss. He replied, “It didn’t really worry me; it was more a lack of respect for the game. The match referee actually told him that he had to turn up on time.

“The fact that he turned up late every game — it was his choice; I just thought it showed a lack of respect for the game. It didn’t really affect me.”

Waugh also discussed about his five favourite moments in cricket during his career. World Cup triumphs in 1987 and 1999; and hundreds against West Indies and England were amongst some of those moments.

The 1999 World Cup-winning captain believed Australia will see light at the end of the day. Australia are going through one of their leanest patches in international cricket since Waugh made his debut way back in the mid-1980s.

Australia are on a six-match losing streak in Tests after losing the first two Tests against England in the current Ashes series. They lost 4-0 to India earlier in the year before that.

“When you’re playing international cricket, you can’t win all the time,” Waugh added. “It goes in cycles. England is very experienced and India totally outplayed us recently but we have a new team that is coming together. We’ve just got to support the team and ride out the tough times.”

Waugh also advised children at the event to aim to play Test cricket.

“As a player you can find out really how good you are by playing Test cricket; from T20, you can only find out how much money you can make. Try and play for your country in Test cricket first; all the other things will fall in place afterwards,” he concluded.