Senior off-spinner Harbhajan Singh, who has had some memorable performances against Australia in the past, on Thursday started the game of one-upmanship by declaring that India will thrash Michael Clarke's men 4-0 in the upcoming Test series, starting February 22. 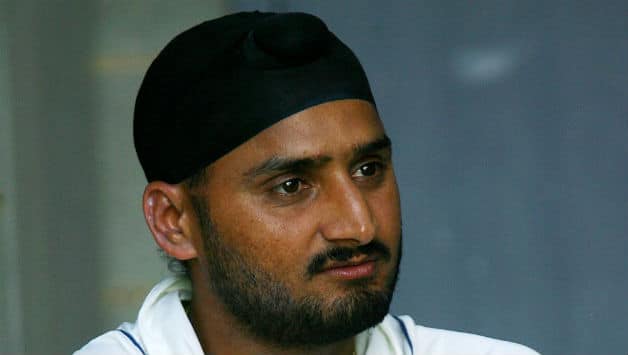 Senior off-spinner Harbhajan Singh, who has had some memorable performances against Australia in the past, on Thursday started the game of one-upmanship by declaring that India will thrash Michael Clarke‘s men 4-0 in the upcoming Test series, starting February 22.

“This is a young Australian team. They are even getting beaten on their home grounds consistenly. We should defeat them easily and 4-0 whitewash is a real possibility,” Harbhajan said on the sidelines of a promotional event on Thursday.

Bhajji, who has been selected to play for the Rest of India squad in the Irani trophy is optimistic about his chances of selection in the upcoming Australian series.

“I have bowled a number of overs in the Ranji series and am feeling good about my rhythm. I am trying to utilise whatever opportunities of match practice that I am able to get. I am hopeful that I will make the cut for the Australia Test series.”

Comparing with the past Australian teams with the present batch, Harbhajan opined that Steve Waugh and Ricky Ponting’s units had players who were matchwinners in their own rights.

“They had 11 champion players. Right from Justin Langer, Matthew Hayden to Adam Gilchrist, Shane Warne, McGrath, they were unbeatable as a unit.”

Harbhajan feels that the recently-retired Ricky Ponting, with whom he had been involved in numerous on-field battles in the past, will be missed by the current inexperienced Aussies.

“Ponting was a class act. It will be difficult for Australians to replace him,” he said.

Talking about the recently concluded India-England series where England thumped India with a 2-1 margin in the Tests, the offie feels that blaming the pitches for team’s poor performance is not the correct way to move forward.

“We should not always blame the pitch for our bad perormance. The England team played better cricket overall, they played our spinners better, their spinners bowled better than us,” he said.

Harbhajan, who was the captain of the Punjab team which made it to the Ranji Trophy semi-finals this year feels that although the pitches were better for seamers this season, yet they wasn’t much help for the spinners.

“Seamers on first day tracks got wickets but as the matches progressed, even on day three and four, due to green-tops, the ball wasn’t gripping onto the surface. Such pitches do not give the spinners any advantage and even on the last day, they struggled to get wickets. In the end, it became easier for batsmen only,” he said.

Harbhajan, who recently relinquished the captainship of the Mumbai Indians franchisee in the Indian Premier League, felt that being a captain was taking a lot out of him and he was not able to give his very best for the team.

“Being a captain is an added responsibility and it took a lot out of me. At present, I just wanted to focus on my game, and hence I decided to give someone else a chance. I wish all the luck to the next skipper,” he said.