India have been quite clinical in the first two T20 games which they have won convincingly but suffered five-wicket loss in the third.

Cape Town: An unbeatable 2-1 lead already in its grasp, the Indian women’s cricket team would look to extend its domination in the shortest format and achieve a rare double series win when it takes on South Africa in the fifth and final Twenty20 International tomorrow. Having already won the three-match ODI series 2-1, the Harmanpreet Kaur-led team is 2-1 up in the five-match T20I series after rain washed out the fourth game in Centurion and the visitors would look to end the South Africa tour on a high.

India have been quite clinical in the first two T20 games which they have won convincingly — by seven and nine wickets respectively — but a five-wicket loss in the third match kept the series alive for South Africa. The visitors had fancied their chances in the fourth T20I but rain played spoilsport as the match was abandoned after South Africa were 130/3 in 15.3 overs.

A win tomorrow will make Harmanpreet and Co. the first Indian side to have won two series on a single tour of South Africa. It will also be a huge milestone after having won the T20 series in Australia. India dominated the proceedings in the first two T20Is before they were brought to earth by the hosts in third match and Harmanpreet have to ensure that there are no slip-ups tomorrow.

Senior player Mithali Raj has done bulk of the scoring for India with consecutive fifties (54, 76) in the first two matches before a rare failure (0) in the third T20I. Her opening partner S Mandhana (28, 57, 37) too have done well with useful contributions.

However, in the 3rd T20I, Harmanpreet was left alone to carry the team on her shoulders with a 30-ball 48 as the middle-order collapsed and the visitors folded their innings for 133 in 17.5 overs. V Krishnamurthy made an unbeaten 37 and 23 in the two opportunities she got to bat and she would look to stand up in case there is another collapse.

However, the onus would be on the top order — Mithali, Mandhana and Harmanpreet — to anchor the Indian innings tomorrow. In the bowling department, off-spinner Anuja Patil has produced a breakthrough for her team in the first three matches and emerged as the top wicket-taker for India with five scalps. However, she conceded 44 runs from her four overs in the third T20I and she would look to recover quickly tomorrow.

Spinner Poonam Yadav and young pacer Pooja Vastrakar too have done well with four wickets each so far. Pooja had to fill up the big boots of injured veteran pacer Jhulan Goswami and the 18-year-old has delivered so far, taking wickets in each of the first three matches.

However, her new ball partner Shikha Pandey (two wickets) didn’t look as sharp and bled 30 runs in three overs in the third T20I.

The South African women have largely failed to match their Indian counterparts in limited overs cricket. However, skipper D van Niekerk would look to draw inspiration from their performance in the third T20I match which they won by five wickets.

It was a superb performance by seamer Shabnim Ismail, who took her first T20I five-wicket haul, which helped them to keep the series alive. Among others, M Daniels and Klaas have taken three and two wickets respectively.

Opening the innings, skipper Dane van Niekerk produced some useful contributions but she failed to capitalise on the starts. However, in the last match, she and other opener Lizelle Lee blasted twin half-centuries to share a 103-run partnership and the duo will look to produce another good innings tomorrow. 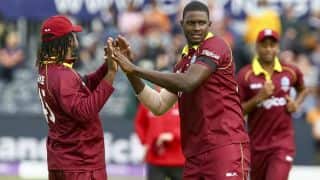 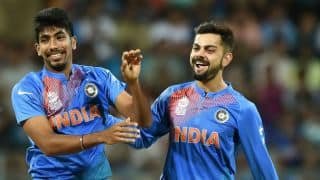