Riding high on confidence after notching an innings win in the one-off Test at Mysuru last week, the Mithali Raj-led Indian women’s cricket team will seek to carry the momentum into the one-day series against South Africa commencing Monday.

India performed exceedingly well in the one-off Test and have retained almost the same squad for the ODI series. Skipper Mithali, who is ranked No.1 in the ICC ODI women’s rankings for batters, is expected to play a key role for India along with seamer Harmanpreet Kaur, who claimed nine wickets in Mysuru and off-spinner Rajeshwari Gaekwad.

South Africa seem to have warmed up nicely for the series going by their comprehensive win in Saturday’s practice game against India A. The visitors put up 300 on the board with opener Lizelle Lee belting out 128 as they went on to win by 120 runs, though one cannot overlook the fact that they could take just three wickets in 50 overs when the home team batted.

The individual performances in the series will also impact player rankings. India’s new ball bowler Jhulan Goswami will be aiming to reduce the 22-point deficit with second-placed Jenny Gunn of England. In the absence of their highest-ranked bowler Shibnam Ismail, South Africa will look to Sunette Loubser (13th) and Dane van Niekerk (15th) who both have India’s 12th placed Gouher Sultana in their sights. Sultana’s rankings lead over Loubser is just three points.

The consistent Marizanne Kapp is ranked a career-high third position in the rankings for all-rounders following her exploits in the recent series victory over Sri Lanka, 42 points adrift of Australia’s Ellyse Perry. Kapp’s teammate Dane van Niekerk is tied for fifth place with India’s Goswami on 219 points heading into the series. 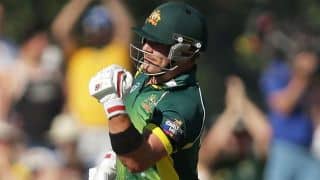