India face England in must-win game at the HPCA Stadium in Dharamsala, in the Women's T20 World Cup 2016.

India Women will be up against England in the 11th match of the T20 World Cup 2016, which will be played at the Himachal Pradesh Cricket Association Stadium in Dharamsala. The match promises excitement and thrill as India go into the match with a must-win situation at hand. They started off their T20 campaign well, beating Bangladesh by 72 runs, but were unfortunate as rain interrupted the proceedings when they met arch rivals Pakistan at the Feroz Shah Kotla in Delhi. They lost by just 2 runs after the Duckworth Lewis Method came into play. India can afford no slip-ups now as the Group stage heats up and approaches its final stages. Its do or die for India, in simple words. FULL CRICKET SCORECARD: India Women vs England Women, 11th T20 Match, Group B, ICC Womens T20 World Cup 2016

England defeated Bangladesh in their opening encounter by 36 runs and their captain Charlotte Edwards was on top of her game as she took the Player of the match award for her innings of 60 runs in 51 balls and taking a mind-blowing catch while fielding. The English side will be looking to carry on the momentum and bag another victory against India. They would be looking to take advantage of the fact that the Indians would be nervous and under pressure. Therefore, this clash in Group B cannot be missed.

Meanwhile, West Indies Women are at the top of the table in Group B and have won two out of two games. The group remains wide open, although India need to win today’s match to stay in the hunt. Mithali Raj, India’s captain would be marshaling her troops against England. 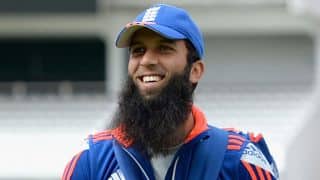