The Test has witnessed 20 leg-before dismissals so far, an all-time record.

After an absorbing two days of cricket, India Women and England Women end Day Two with a unique record. There have been 20 LBW dismissals so far in the contest — an all-time record across formats. Shiamak Unwalla looks at the Five highest number of LBW dismissals in Test cricket — in both the Men’s and Women’s version of the game.

India Women finished in command against England Women on Day Two of the only Test at Wormsley. With just 62 runs needed with six wickets remaining, India Women have a good chance to win the first match they have played since 2006.

The current match between England Women and India Women at Wormsley tops the table, followed immediately by the match between West Indies and Pakistan in the 2011 series at Providence. Both matches have seen 20 LBW dismissals so far, but with India Women still 62 runs away and with four wickets remaining, there is a chance that they will add to the LBW tally.

The conditions at Wormsley have been largely conductive for seam and swing bowling, which perhaps explains the unusually high number of LBW dismissals that have been seen in this game. With a decent amount of cricket still remaining in the contest, it is quite conceivable that the LBW dismissals will increase in the match. 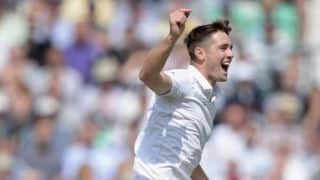