Former Australian spinner Stuart MacGill is surprised by India's poor batting display in the Test series so far and has called on the visitors to show some pride in the remaining two matches. 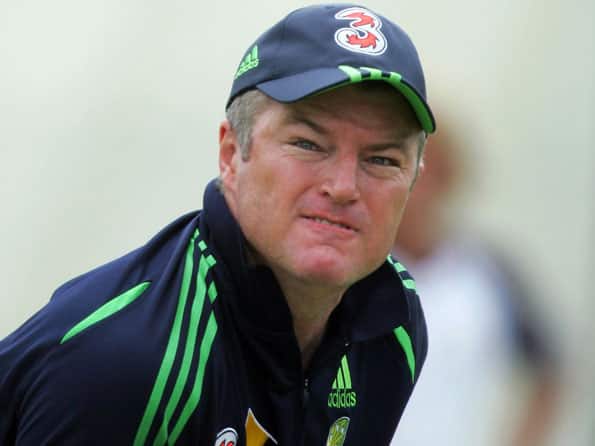 Former Australian spinner Stuart MacGill is surprised by India’s poor batting display in the Test series so far and has called on the visitors to show some pride in the remaining two matches.

India trail the series 0-2 after losing heavily in both Melbourne and Sydney. Barring Sachin Tendulkar, the touring batsmen have struggled, something that has stunned MacGill.

“We have bowled very well but I am very disappointed that India collapse very quickly,” MacGill told ‘News Limited Newspapers’.

“I think whether it is the middle order or tail you need to have some pride.”

The third Test is to be held at the pace-friendly WACA track here and MacGill if Australia should not hesitate in going in with four fast bowlers and leave out spinner Nathan Lyon if it serves the purpose.

“I am reluctant to speak badly of Nathan Lyon as I think he has a great temperament and future. However if Nathan is in the side and isn’t bowling much and the conditions don’t suit him I don’t think you are doing him any favours by keeping him in,” said MacGill.

“Nathan has been quite an important part of that Australian side but people get hung up about being dropped. I was left out of the Test team a number of times and I think what defines you is to be there when it does suit,” recalled MacGill.”

“I would have no hesitation picking four or five quicks for a Test and no spin bowler if that was the way to go. I think in the Test environment you pick the best bowlers you consider most likely to take you 20 wickets. If those bowlers are all seamers you have to pick them.”(PTI)