Indian batsmen will bounce back: Willoughby

Indian batsmen will bounce back: Willoughby

Somerset paceman Charl Willoughby on Sunday warned England not to read too much into India's annihilation by him in the warm-up game which ended in a draw on Sunday. 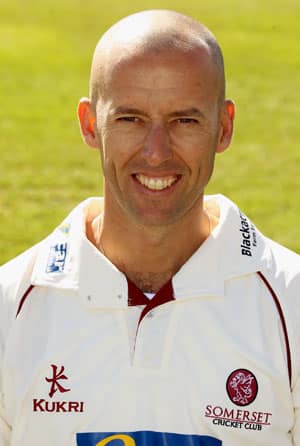 Somerset paceman Charl Willoughby on Sunday warned England not to read too much into India’s annihilation by him in the warm-up game which ended in a draw on Sunday.

All this talk of England’s bowling, especially tall Chris Tremlett running through the Indian line-up, was considered fanciful by the left-arm seamer.

“Yes, he (Tremlett) has bounce but Indians can handle that kind of stuff. Men like Rahul, Gambhir, Sachin, Dhoni and Laxman they are at the top of their game. England bowlers may bowl a bit better in these conditions but I am not sure their batting (could outdo the Indians),” he said.

“They have been playing very good cricket, there’s a reason why they are number one side of the world,” he added.

Tremlett, England’s six-foot-seven-inch tall bowler, has declared Indians would be uncomfortable facing him and even former cricketing great Geoff Boycott feels he would be a big challenge for the visitors.

Willoughby’s perception about the Indians stems from the fact that he was very lucky to get the wickets of India’s great batsmen.

“I was lucky there’s no doubt about it. They played some shots they would not normally play in Test cricket. For example, you would not see Rahul (Dravid) play that kind of shot. The way (Amit) Mishra got out was plain luck. May be we were more up for the game, against a county side, may be they were not.

Willoughby considers it a privilege he could bowl against his “ultimate batsman”, Sachin Tendulkar.

“I was nervous bowling to him. His bat appears wider than anyone else in the world. He is such a calm man at the crease.

He wanted to spend some time in the middle but was unfortunate to get out. It was a privilege bowling to him.

India’s bowlers too appeared ordinary in the practice match but Willoughby did not read too much into it.

“Zaheer has played a lot of county cricket. He knows these conditions, he will be prepared for it.”

Having said so, Willoughby said England would be pleased Somerset could keep Indians down in the match.

“England will be happy their guys did not get much time to bat and bowlers spent more time on the field.”

I am not English: Pietersen