Pushkar Sharma was crowned as the man of the match for his unbeaten 167 from just 140 deliveries.

Yet another century for the Indian born Kenyan cricketer, Pushkar Sharma. The century came in a tough time when Ruaraka Sports club was two down for 34 after 7.4 overs. Pushkar made an impact to lead the team from the front with his impeccable innings.

Winning the toss, Ngara cricket club elected to field first. Ruaraka Sports club incurred two blow when one of their openers and middle order batsman was sent back to the hut by Akash Shah. Pushkar Sharma who had opened the innings didn’t hesitate to capitalise on the scoring opportunities.

Nitish Hirani and skipper, Pushkar glued a vital 67 runs partnership and later Pushkar was well supported by Sachin Gill. Both the batters oozed off the pressure and grasp the opportunity to showcase their skills. They jolted a 135 runs stand before Gill was cleaned up by Dhyey Patel.

Pushkar continued to smack sixes and fours to take the total to 354. Pushkar amassed an unbeaten 167 runs from just 140 balls with 17 boundaries and 4 sixes. With this century, Pushkar is now at the top of the league with 369 runs from 5 innings. He averages 92.3 in the tournament so far.

The opposition kept on loosing wickets at regular intervals and succumbed to the hefty total. Their innings was closed down to 152. Sachin Gill had his say with the ball in hand after he scalped two big wickets of the openers. Vishil Patel went on to bag four wickets and resisted the opposition batters to get runs under their belt.

Pushkar Sharma was crowned as the man of the match for his unbeaten 167 from just 140 deliveries.

At the end of the match he was heard saying, ” Despite losing the toss, we got to do what he desired( bat first).

So my target was to stay on the wickets and play till the end. I tried to find the scoring opportunities and successfully I could implement everything well. I would like to thank god and my family to keep the faith in me.

Pushkar sharma added lots of people knows IndiaFirst company now because I have a sponsorship with that company so thanks indiafirst too.

It’s a great news for Pushkar and his wellwishers as the former encountered lot of hurdles in his life including losing his father at the peak of his career. We hope Pushkar continues with the same momentum and gets going forward with similar results. 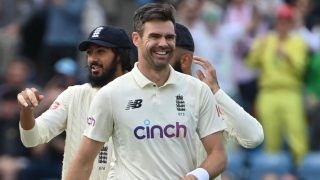 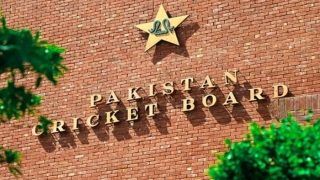 PAK vs NZ: PCB to Invite 25 Per Cent Crowd For The Eight Match Series