Indian cricket seems to be in a free-fall, says Sunil Gavaskar

Indian cricket seems to be in a free-fall, says Sunil Gavaskar

Sunil Gavaskar expressed that India may need to change the coach.

The pressure on Duncan Fletcher is intensifying as his role has come under scrutiny given India’s dismal performances across formats in recent times. Sunil Gavaskar has expressed that India need a younger coach and cited the example of Australia, who hired Darren Lehmann and the difference it made to them.

Writing in his column for Times of India, Gavaskar elucidated on India’s downfall since Gary Kirsten left, “Since his departure, Indian cricket has just slipped and slipped. It seems to be in a free-fall that looks tough to arrest.”

Gavaskar also pressed for a change, although there is only one year left for the ICC World Cup 2015. Gavaskar wrote, “There will be some who will argue that changing coaches with just one year to go is not a wise move, but unless that is done Indian cricket will continued to go down.”

Thus, Gavaskar stated that India would need a younger coach, just like Lehmann who has worked wonders in Australia. 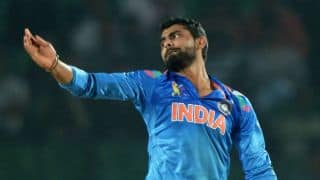