While praising India’s “cricket system”, former Pakistan fast bowler Shoaib Akhtar has said that Virat Kohli gained immensely from it as he received great support that helped him become one of the leading international batsmen of the present generation. The Pakistani also said that about 10 years ago the current India captain was a “brat” like him before the system-aided transformation came about.

“Virat Kohli has reached a whole new level, but who is behind the Kohli brand? In 2010-2011, Kohli was nowhere to be seen. He was part of the ‘circle’; he was a brat like me. All of a sudden, the system supported him. The management went around him. He also realised that there’s a lot of reputation at stake,” Akhtar said on a YouTube show, Cricket Baaz.

“It’s not his fault that he’s playing in an era of easy cricket, or if Sachin [Tendulkar] played in a tougher era or Wasim [Akram], Waqar [Younis] and Inzamam [ul-Haq] have played a much more competitive brand of cricket. So, if he’s scoring runs, what we can say about it?” he wondered.

“I criticise India as well. But if Virat Kohli has 12,000 runs, what else you can say. Rohit Sharma has two [three] double centuries in one-day cricket, what can you say? The opponent’s qualities should be known to us. Kohli has become the greatest batsman. What can you say? Should I say: he is a bad person or he is not a good player?” Akhtar argued. 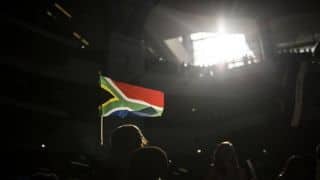