The Indian cricket team underwent a fun training session in Hyderabad on Wednesday that is designed to increase their sprinting speed. The Indian cricket team underwent a fun training session in Hyderabad on Wednesday that is designed to increase their sprinting speed and ability to absorb more pressure.

Indian team’s newly appointed strength and conditioning (trainer) coach Nick Webb is reportedly the brains behind it and in a video posted by the BCCI on its official twitter handle, players can be seen participating in the drill ahead of their first T20I against West Indies.

Players were divided into two batches with one chasing the other. The fun part was that those being chased had a handkerchief on them which the chasers had to pluck it off them before a certain mark.

“Players either chase someone or be chased which increases sprinting intent,” a senior IPL team trainer, who has trained many internationals in the past, explained it to PTI on condition of anonymity. “If I can understand after watching the video posted on the BCCI website, the purpose of the drill is to enhance running speed development and enhancing the training environment through competition.”

The players can be seen doing stretching exercises and then on cue, suddenly burst into sprint.

In another session, players had one hand ‘virtually tied’ to their backs while sprinting.

The series opening first T20I will be played at the Rajiv Gandhi International Stadium in Hyderabad on Tuesday while the second and third will be played in Thiruvananthapuram and Mumbai respectively. The T20I series will be followed by a three-match ODI series. 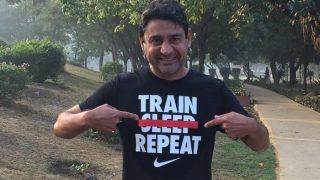 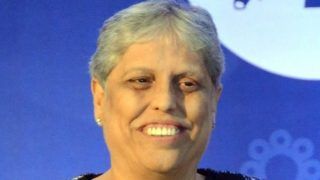 I Played 20 Tests, That is Not Little Cricket: Diana Edulji Hits Back at Farokh Engineer For 'Snide Remark'