Tamil Nadu Governor K Rosaiah on Monday released a commemorative postage stamp brought out by the Ministry of Communications and Information Technology on the occasion of birth centenary of T S Narayanaswami, founder of the Chennai based India Cements. 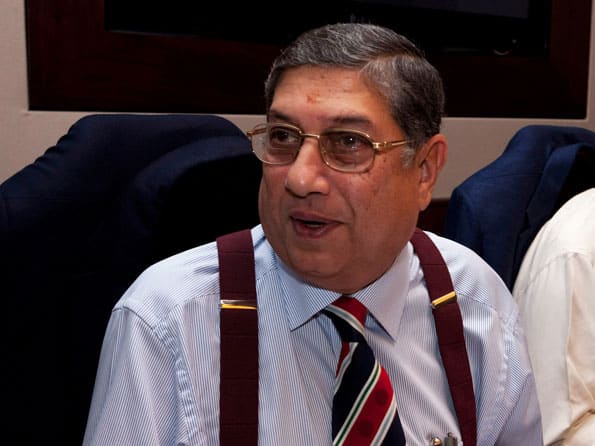 Tamil Nadu Governor K Rosaiah on Monday released a commemorative postage stamp brought out by the Ministry of Communications and Information Technology on the occasion of birth centenary of T S Narayanaswami, founder of the Chennai based India Cements.

Releasing a book on the industrialist’s life, who is the father of vice-chairman of India Cements, N Srinivasan, at the function, Governor said, “Releasing a commemorative postage stamp or a postal cover or celebrating the Birth Centenary of a great personality is not only to recollect his valid contributions but also to bring to light to the younger generation their life history and how they toiled overnights and had successfully broken the barriers and turned the obstructions-stumbling stones into stepping stones for success.”

M A M Ramaswamy, well known industrialist and educationist besides a being a biggest race horse owners in the country received the first stamp cover and Rajiv Shuka, Union Parliamentary Minister and Vice President, BCCI and BCCI vice president Arun Jaitley, a BJP leader received first and second copy of the book from the Governor.

Stating Narayanaswami was a great visionary and a pioneer in setting up of industries in Tamil Nadu in post Independence era, the Governor said, “Mr Narayanaswami demonstrated through his dynamic leadership, rich business acumen and vision that true entrepreneurial spirit knew no fetters.”

“He was instrumental for the rapid surge in the industrial development in Tamil Nadu during 1946-1968, an era which finds a distinct place in the annals of Tamil Nadu’s history,” he added.

The function was attended by Indian cricket captain MS Dhoni and his wife, besides Kris Srikkanth, Anil Kumble, Rahul Dravid and Ravichandran Ashwin.

Amongst the others, BCCI secretary and treasurer, Sanjay Jagdale and Ajay Shirke, Niranjan Shah, Prof Shetty and State Associations officials were also present at the glittering function.

Almost all industrialists from Tamil Nadu and Sivanthi Adityan, Editor of Daily Thanthi and former President IOA and Janata Party leader, Subramanya Swamy were also present at the function.

Sachin Tendulkar should not be treated with much respect during match, says James Anderson