Allan Border wants Cricket Australia to approach BCCI for the release of its cricketers.

Keen to see Indian players in the Big Bash Twenty20 Tournament, former Australian captain Allan Border said Cricket Australia (CA) should approached BCCI for this as it would enhance the tournament’s stature.

“The Big Bash League is a fabulous product, but it would be great to see a sprinkling of Indian players in the competition,” Border wrote in The Daily Telegraph.

“While I am a big fan of the Big Bash in its current format, having some Indians and a few more international players from other countries would really lift it to the next level. No Big Bash franchise has ever signed an Indian player because the Indian Board is extremely protective of the Indian Premier League,” he said.

Border said CA can play a big role in this by approaching the Board of Control for Cricket in India (BCCI) for the release of Indian players as that would bring in more international talent to the event. “Maybe it is time for Cricket Australia to go to work behind the scenes and see if there can be some deal done to get a few Indians in the Big Bash. That would certainly help the status of the competition and also encourage more overseas players to be a part of it,” he explained.

“The issue of the availability of Australian and international players is a tough one but I think that to make the Big Bash really flourish we need to encourage a few more internationals and hopefully get the Aussie stars on deck occasionally.” 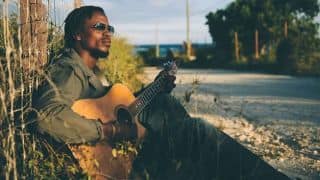