The revised contract system of March 7 included serious hikes for almost every cricketer.

India‘s top cricketers are yet to receive their revised salaries despite having signed their central contracts back on March 5, an issue that is likely to dominate the Special General Meeting of BCCI, scheduled tomorrow in defiance of the Committee of Administrators (CoA). The players leave for the nearly three-month long tour of UK (Ireland and England) on June 23. The officials will be gathered here tomorrow trying to thrash out a way forward at the SGM, which has set out a 10-point agenda for the meet.

“Yes, the contracts are with me. If the House approves the revised pay structure tomorrow, I will sign it. In case they don’t, my hands are tied. Any policy decision needs approval of General Body and I can’t break the law,” BCCI’s acting secretary Amitabh Chaudhary told PTI today.

The Supreme Court-appointed CoA has already made it clear that it does not approve of the meeting and has barred paid office-bearers from attending it. But the delayed payment to players is an issue that the panel’s head Vinod Rai is concerned about: “I personally feel guilty that the players are not getting their remuneration on time. I have no clue what will be the decision of the General Body. But the proposals were there with the finance committee for a long time. The copy of contract has been sent to the secretary after the players have signed.”

While players’ remuneration is a primary concern, there are a host of other issues that will be discussed at the meeting which will not be attended by CEO Rahul Johri as the CoA has not approved it. Ditto for GM (Cricket Operations) Saba Karim.

While the CoA has no jurisdiction to stop the meeting, it has instructed the employees not to entertain any invoices raised by the members with regards to air fare, TA/DA.

Since the BCCI-CoA relationship has been a fractured one and the members claim that they weren’t kept in the loop about the revised remuneration of players, it will be interesting to see what stance the general body takes.

As per revised contract system, the players in the A+ category will get INR 7 crores, while ones in the A group are to get INR 5 crores followed by INR 3 crores and INR 1 crore respectively in the B and C categories.

It is learnt that the players had signed the new contracts after detailed discussion with the CoA. Accordingly, the CoA released the new payment structure on March 7 with the names of the 27 players.

However, owing to BCCI’s prevailing constitution, the secretary is still authorised to sign all players’ contracts. Accordingly, Chaudhary’s signature was needed to execute the contracts. The monthly remuneration is exclusive of the match fees and daily allowances that the players are entitled to.

BCCI will also discuss matters pertaining to ICC, including the contentious Members Participation Agreement (MPA) under which the 2021 Champions Trophy in India has been changed to an ICC World T20 in pursuit of greater revenues.

Pakistan Cricket Board’s compensation claim of USD 70 million for not honouring the agreement for bilateral series will be discussed. BCCI is unlikely to pay any compensation to PCB. 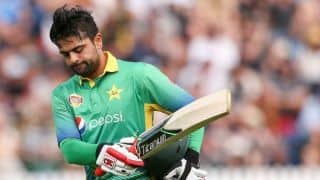 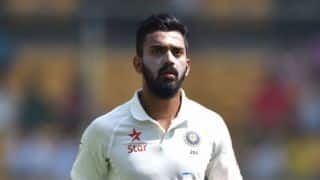