Indian engineering major Shapoorji Pallonji has pledged $2,631 to promote cricket in Ghana and help it prepare for an international tournament in Western Samoa. 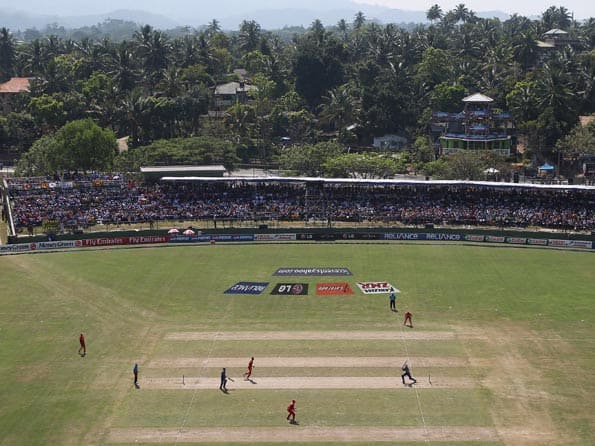 Indian engineering major Shapoorji Pallonji has pledged $2,631 to promote cricket in Ghana and help it prepare for an international tournament in Western Samoa.

“We appreciate the assistance because it will help us promote a game that has not been popular in the country over a long period,” Ghana Cricket Association (GCA) executive member Francis Asare told IANS.

“The assistance would greatly help us in our preparation for the upcoming tournament,” Asare added. The reference was to the International Cricket Council’s A division tournament in Western Samoa later this year.

Shapoorji Pallonji pledged the 5,000 Cedis ($2,631) through Indian High Commissioner in Ghana Rajinder Bhagat, who said this had helped the GCA organise a four-team tournament to prepare for the international assignment. The tournament began in Accra on August 19 and ends on September 9.

Asare said the GCA has been asked to prepare a proposal for further assistance to promote cricket at the grassroots level. “Since 2007, the GCA has been trying to popularise cricket as a game in the country but has not achieved much recognition.”

He admitted that, cricket has not been played as often as possible in the country. Ghana has been a football country and cricket, which was introduced during the colonial regime, had been played only within some of the elite secondary schools like Achimota School in Accra and in St Augustine’s College, Mfatsipim School and Adisadel College, all in Cape Coast in the Central Region. It however did not become a popular sport after independence.

There are no cricket grounds in the country and it would take a lot to promote the sport among the grassroots. Asare remains undaunted, saying: “We are determined to move the sport up and get more people to take part in it.”

Noting that GCA has taken part in several international tournaments Asare hopes that successes at these would encourage more and more people to turn to it as well as receive support from the government as well.

Shapoorji Pallonji entered the Ghana market in April 2006 for constructing the prestigious “Seat of Government & Presidency” in Accra’s cantonment area. The landmark project is well known for its architectural depth spread over 120 acres, with a built-up area of about 30,000 sq m and with a contract value of about $75 million, of which $30 million was provided by the Indian government. The project was completed in a record 27 months.

The company is also engaged in constructing a branch of the Delhi Public School. (IANS)

BCCI under scanner for irregularities in foreign exchange