Indian Eves' batting lineup have a humongous task versus in-form Australia at Vadodara.

In the third and final ODI between India Women and Australia Women, a dead rubber, Australia have their tails ahead in the innings break. Opting to bat first, Alyssa Healy’s maiden ODI hundred and handy contributions from the middle order has taken the team total to 332 for 7 in 50 overs. Eves have fallen flat with the bat in the previous two occasions, and are chasing the highest total of the series to avoid whitewash and salvage some pride.

The first two encounters’ star, Nicole Bolton departed early. Ekta Bisht resulted in a caught and bowled to give an edge to her side. However, Alyssa stood up from her end and ensured vital stands along with the scoreboard moving at a good rate. She added 79 runs with all-rounder Ellyse Perry (32) and stitched a 96-run stand with Rachael Haynes at a brisk rate. The quality of her innings was finding boundaries at will, and not letting the Indian bowlers dominate even after the score was 64 for 2. Healy’s innings included 19 boundaries; including 17 fours. As a result, she scored 60.15 per cent of her runs by sending the ball across the fence.

Beth Mooney’s unbeaten 34, and a 15-ball 17 from Nicole Carey ensured a total in excess of 325 for the hosts. In process, they even attained a new record.

India used as many as eight bowlers with only Ekta, Deepti Sharma and Poonam Yadav ending with economical spells. Harmanpreet Kaur attained two scalps. They, as a bowling unit, contained the run-flow a bit towards the end, but still have a mountain to climb with the bat. 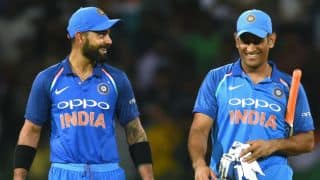