Sri Lankan players were seen wearing masks multiple times. Some even vomited on the field.

BCCI and Delhi officials were slammed for conducting the match despite knowing the conditions of the national capital. Sourav Ganguly, too, raised concerns on hosting matches in Delhi. Considering the pollution has caused enough discomfort over the past week, the Indian Medical Association (IMA) has urged BCCI to reconsider hosting matches in Delhi in the future.

As quoted by ANI, the IMA stated, If rain and poor light are taken into consideration when determining suitable playing conditions, we suggest that atmospheric pollution should now also be included in the assessing criteria for a match. Greatly troubled about the recent cricket match between India and Sri Lanka in Delhi played under conditions of high levels of air pollution. Air pollution also reduces the performance of the athletes. In a situation where milliseconds and millimetres often determine success of athletes, air pollution can be an important factor in affecting their performance.

IMA had earlier raised red flag in hosting any cricket matches in Delhi. However, BCCI refused to pay heed. Instead, the senior officials blamed Sri Lanka for intentionally breaking the rhythm of Indian players. 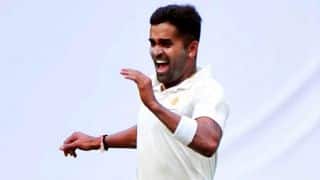