Indian players give a thumbs up to revised DRS

Indian players give a thumbs up to revised DRS

The Indian cricket team has given a thumbs up to the Decision Review System (DRS) in its revised form which makes the ball-tracker technology optional in bilateral series. 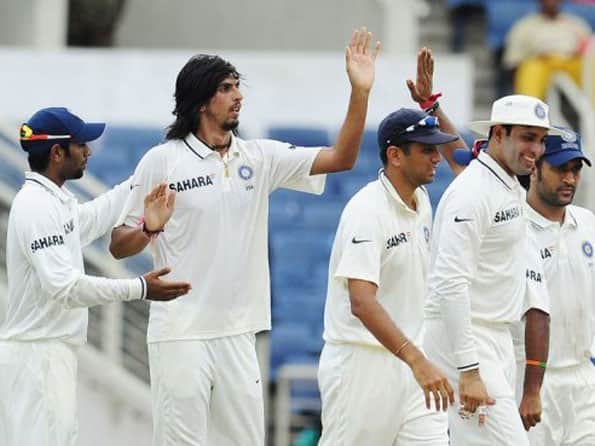 The Indian cricket team has given a thumbs up to the Decision Review System (DRS) in its revised form which makes the ball-tracker technology optional in bilateral series.

In the ICC Executive Committee meeting in Hong Kong, the usage of UDRS was made mandatory for both Tests and one-dayers across all countries.

However, the decision was made with a rider: the ball tracker system — a technology which measures the progress of a delivery after it leaves the hand of a bowler — is not mandatory.

It implies that if a country disagrees, the UDRS will be used without the tracker technology in a bilateral series.

The cricketer explained why the Indian team and BCCI were resistant to the tracker system of the UDRS.

“The tracker system has an inherent flaw. First, the cameras are not exactly in a straight line behind the umpire.

Two, the height of delivery after pitching can never be accurately measured by technology.

“Strong wind, change of pace, the uneven bounce can all cause major difference to the height of a delivery when it reaches stumps.

“And, by the way, what’s the guarantee that a producer monitoring the tracking system hasn’t fiddled with the system on his own?” questioned the cricketer.

The cricketer cited Sachin Tendulkar’s “dismissal” at Mohali in the World Cup semi-finals against Pakistan earlier this month as an example of how the system can go wrong.

Tendulkar was first ruled out leg-before-wicket to Saeed Ajmal but when the batsman asked for a review, the UDRS showed the delivery to be missing the leg-stump by the thinnest of margins.

“Many who saw the replays were not convinced that Sachin wasn’t out. Even though it benefitted us, it was clear the technology was flawed. Producers who manage the tracker system can make an error judgment.

“The technology might be good but we have to remember that it’s a man who operates it. And so it’s back to human element. In such a scenario, it was better that on-field umpires made decisions and not a technology which wasn’t fool-proof.”

The current modification in the rules state that hot-spot and stump microphone will now be used to make clear judgment on nicks. A nick, or the lack of it, can now be ascertained by eye as well as ear.

For example in the first Test in Jamaica, even cricket expert Ian Bishop acknowledged that Suresh Raina, Mahendra Singh Dhoni, Virat Kohli were wrongly given out and a snickometer or hot-spot could have ruled out the decisions.

The UDRS in its modified form will help eliminate wrong bat-pad decisions. It will not be a help in the lbw decisions because the tracker system has now been done away with.