"You will get hit for a six but you can't react emotionally. The nature of this format is such (you are always at risk of being hammered)." - Andrew Tye.

For someone who has to deal with no less than Chris Gayle in the nets, Australian speedster Andrew Tye says it is best to keep the ego aside while bowling in the T20 format where even the best can be taken to cleaners on a regular basis. “I bowl to Chris (Gayle) in the nets and that is challenging enough,” the 31-year-old Kings XI Punjab speedster said in jest during an interaction with PTI.

“You can’t take things personally in this format. You will get hit for a six but you can’t react emotionally. The nature of this format is such (you are always at risk of being hammered). You can limit the damage by executing your plans the best you can,” Tye allowed a peek into his mindset before he goes onto bowl.

The Perth-born cricketer is good with variations in pace and landing yorkers accurately but one is “never out of danger” in the shortest format. “Besides Gayle, you got so many dangerous players even in other teams. You got Kohli (Virat) and AB (de Villiers), Rohit (Sharma) and Suryakumar (Yadav).

“There are always different guys you have not seen and they can surprise you. And there are guys you have have seen a lot of but they are so good that you can’t get them out. It is always a challenge,” he explained further. A late bloomer, Tye has gone on to become an integral part of Australia’s T20 set-up after making his international debut in January, 2016, at the age of 29.

“I started playing professional cricket very late, therefore I came into the international set up late. I have started slow and I don’t hide away from that. But I have got some performances on board and it is developing nicely,” said Tye when asked about his blossoming career.

The tall fast bowler has already taken 12 wickets for KXIP in the ongoing IPL at 23.08, building on the success of last year when he took three hat-tricks — two in BBL and one on IPL debut for Gujarat Lions. His consistent showing in the two popular leagues earned him an ODI call-up earlier this year and he repaid the selectors’ faith by taking a five-wicket haul against England.

Tye has to deal with slower pitches and smallers grounds in the IPL but there is not much change in the way he bowls back home during the BBL. “Both (IPL and BBL) are tough in their own right. Both are played in different conditions. The wickets are slower here compared to the Big Bash, grounds are smaller in some instances, you are playing against best players in the world. You have to find a way to adjust,” he observed.

For now, Tye is seen as the man for shorter formats but he has not given up his ultimate dream to wear a Baggy Green. “Definitely, (I want to play Tests). I still harbour the dream of a wearing the ‘Baggy Green’ for Australia. I will never give up that dream up but I also understand that my particular skill set is more suited to the shorter formats at the moment,” said a candid Tye.

Playing the longest format may seem a long shot for now but Tye is happy that his Western Australia ‘mate’ Justin Langer will be coaching the national team in all formats. “He is the best man for the job (considering the circumstances),” said Tye, referring to Langer’s appointment in the aftermath of the ball-tampering scandal that rocked the entire nation.

“I have worked closely with JL and he has been a good mate for years now. I share a good relation with him and he has done very well for Western Australia and Perth Scorchers (as coach). When he took over, things were not so good at Western Australia but he turned it around. He is definitely the right man for the (Australia) job,” concluded Tye. 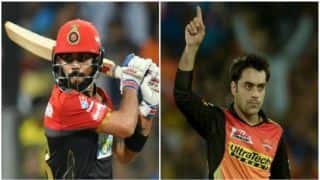 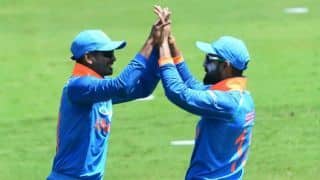