Williamson said that Yusuf Pathan is likely to get fit having suffered from cramps during the CSK game.

According to team sources, the pace spearhead is suffering from a niggling back injury and has been advised rest.

“Bhuvi did not travel with the team and is not playing the next match. Shikhar we are hoping will be fine for tomorrow,” Williamson told a select group of reporters here.

Dhawan had suffered a hit in the elbow during Sunrisers’ match against Kings XI Punjab and missed the CSK game.

Sunrisers Hyderabad are fourth on the table having won three of their five games and lost the remaining two.

Williamson also said that Yusuf Pathan is likely to get fit having suffered from cramps during the CSK game.

“I am not 100 per cent sure on how Yusuf is. I know he did have some cramps but hopefully he will be ok and come tomorrow night,” added Williamson.

The SRH and New Zealand skipper also expressed confidence that Afghanistan leg spinner Rashid Khan will bounce back after poor show against KXIP and CSK having hone for 55 and 49 runs respectively.

“Rashid is a world class bowler. T20 cricket does not make exemptions for any bowler to escape pressure. Any bowler can be hit, so that’s the nature of the game and I suppose he has learn a huge amount in such a short period of time..

“Last couple of games, it is been a couple of special knocks, (from) people, who have played Rashid nicely but he is a world class bowler and will bounce back well. You need to embrace those challenges and I know he will,” Williamson said. 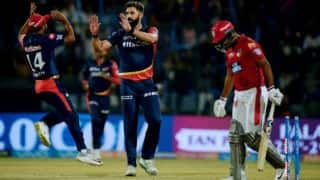 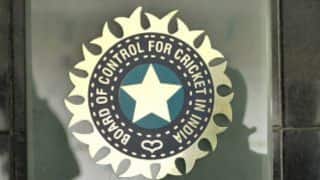